This morning the electricians complained of long latency with their electronic control and monitoring of the MPH. I fixed problem by rebooting the switch in the MPH. For some reason the VoIP phone was causing runt packets. I did ARPANSA and put on a load of washing and then later hung it out. After lunch I performed this week’s magnetic observations and there was very little magnetic activity and I got some really accurate results. Following this I tried to setup a new web camera for the Operations building but had problems with the software and eventually ran out of time.

The sun has been above the horizon constantly since 30th November of last year but on the night of 13th and 14th January we witnessed the sun dipped below the horizon again. The night started at 12:49 and the sun came back up at 01:06. So, we had a night lasting 17 minutes. 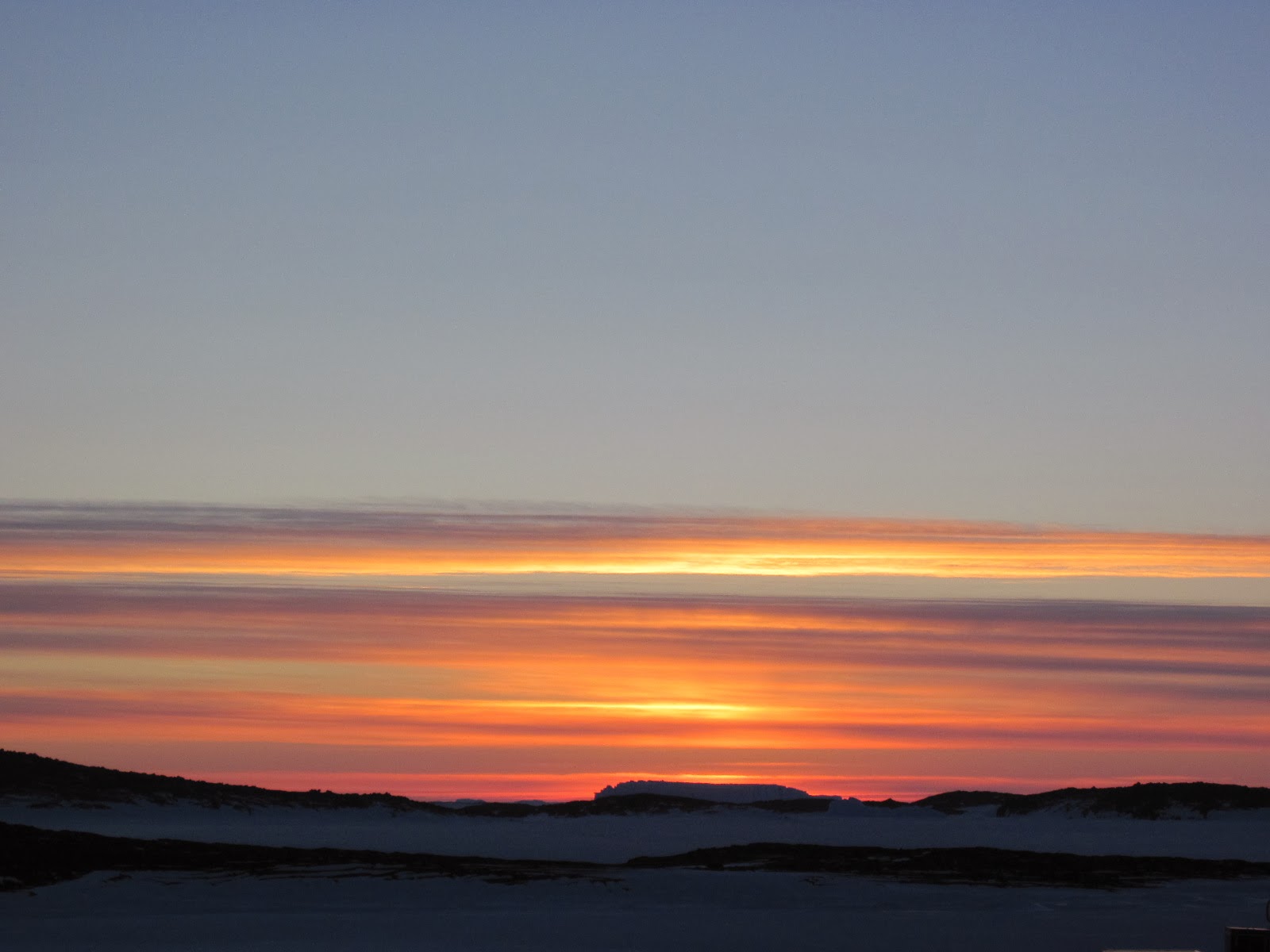