After getting up rather late, I had a quick bite to eat and then did ARPANSA. I then went down to the transmitter building and had another unsuccessful EME sked. While there I discovered my antenna tuner had blown up from the sparks from yesterday.

This was the only piece of my equipment that had not suffered damage so far this year and I was upset about it, so I decided to go for a walk around the coast and during the walk I found several more giant sea spiders. After dinner I stayed in my room and worked late doing more down loading and completing my media files. 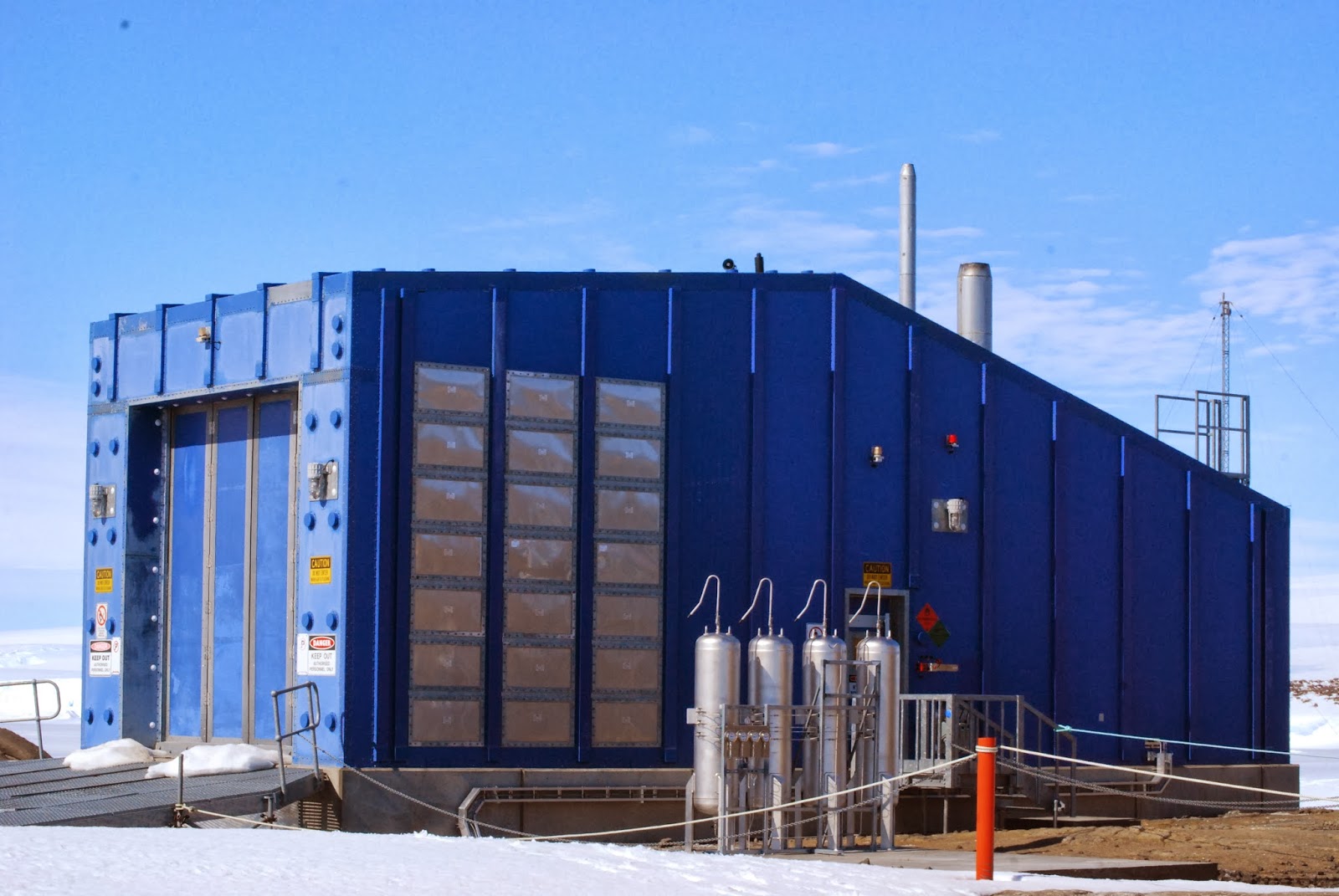 This building is the Bureau of Meteorology balloon release building. Note the hydrogen storage tanks and the sacrificial blast panels in the side of the building. 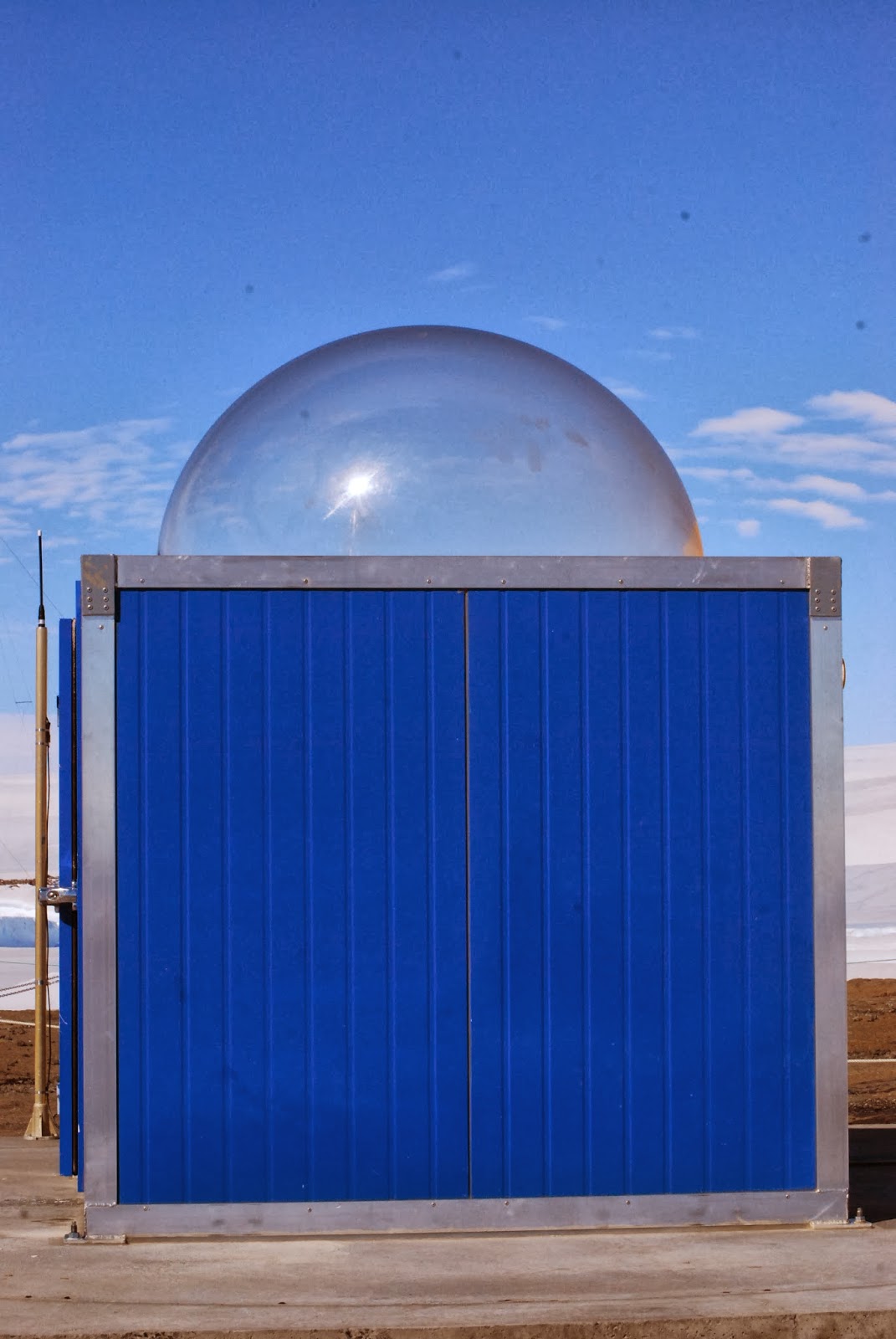 This strange building is the Bureau of Meteorology emergency weather observation building
Posted by Craig Hayhow at 00:23