Today was the Australia day public holiday so I enjoyed a bit of a sleep in before getting up and doing all my washing.

After lunch I had an open day down at the magnetic quiet zone. This area is normally out of bounds to everyone except me so it was a chance for everyone to go down and have a look around the area which contains the Variometer building, the absolute magnetic hut (circa 1950’s) and the automatic tide gauge all of which I am responsible for. It’s a nice area right on the fringe of the station fronting East bay. The area had a nice river and waterfall for the past few weeks and it was so nice to hear flowing water but it’s almost frozen over now and down to a trickle. I found a few bullet casing while I was wandering around there.

After this I went for a long walk around station and then went down to the trade’s workshop to use the lath to make a couple of parts for my ice axe project. After dinner we watched two episodes of Home Land series three. 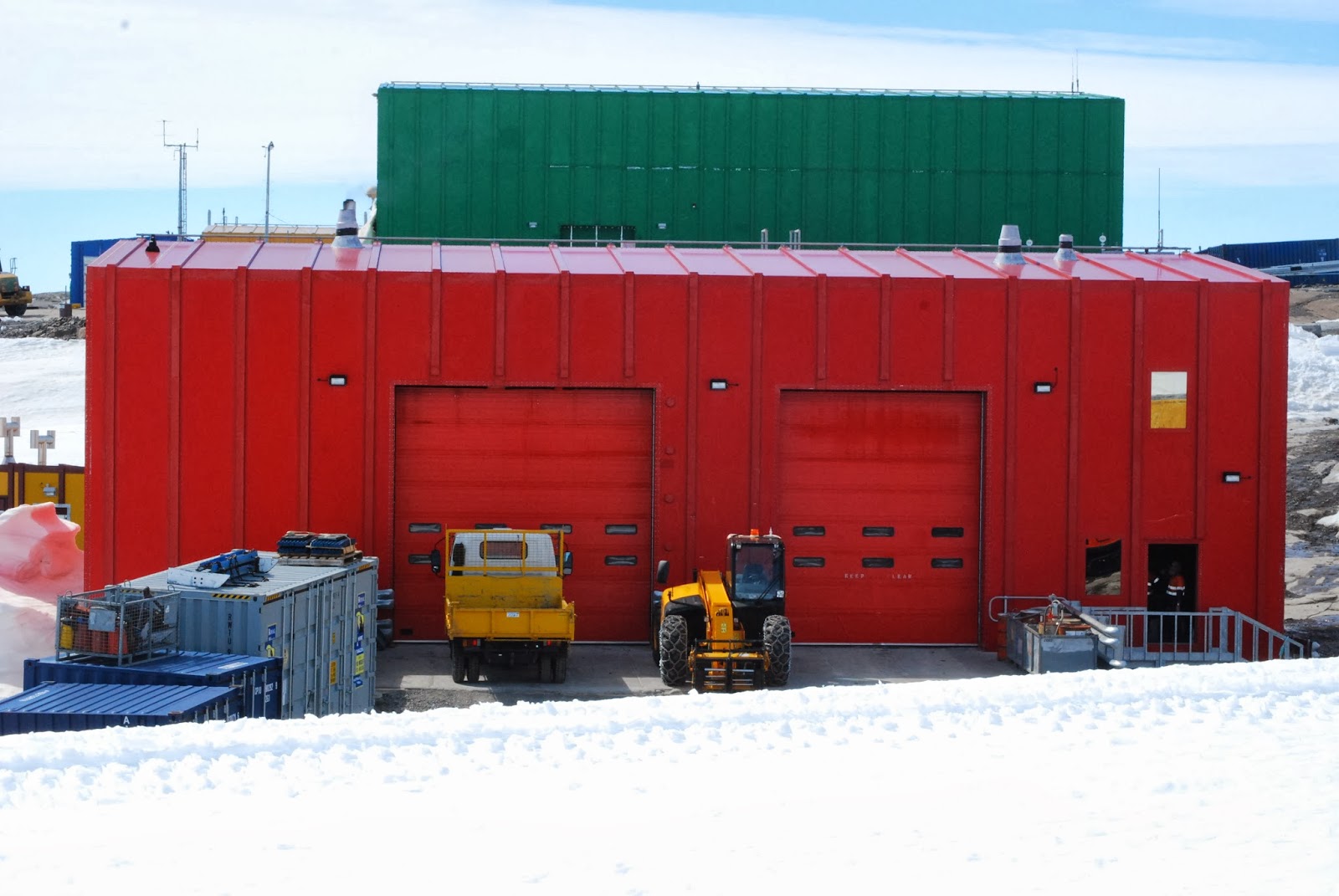