The legendary Rumdoodle Peak, elevation 875 m ASL, is a small but prominent mountain in the north-western part of the North Masson Range in Antarctica about forty kilometres from Mawson Station.

It was named, around 1960, after the previously fictitious peak featured in the very funny book "The Ascent of Rum Doodle" by William Ernest Bowman. This was the year my step father wintered at Mawson and all the members of the wintering party had nicknames from the said book.

There is a small hut at the base (altitude 498m ASL), sleeping 5 people, and two permanently frozen lakes alongside, named Rumdoodle Lake and Lassitude Lake. 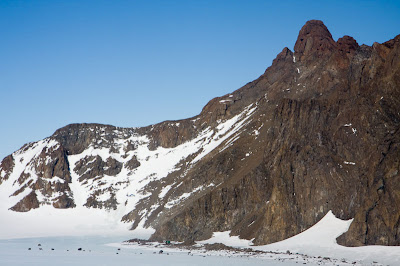 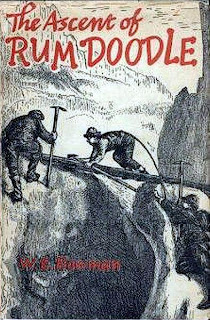