Once again today was perfect weather with no wind at all. The guy's at Auster rookery must be having the time of their lives while I was busting my guts being slushy for the day. I must have made 2000 meat balls and 10,00 rissoles and slaved for hours over a hot stove and washed a mountain of dishes. Yeah yeah, I'm exaggerating but it was hard work and I would have rather been some where else.

During my break I raced down to the shack to try an EME sked with K7CW in the USA. The nearly full moon looked awesome as it rose over the plateau and I had high expectations but it wasn't to be this time and we heard nothing from each other. The high light of the day was this weeks foreign movie Á köldum klaka (Cold fever), a 1995 Icelandic movie. 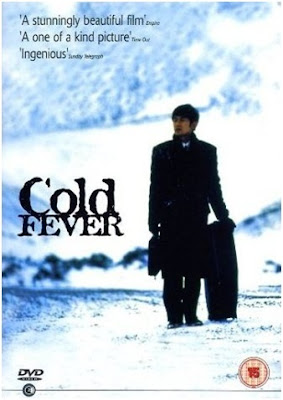 Hirata finds himself cancelling his vacation plans to Hawaii when his grandfather reminds him of his duty to his parents. Seven years earlier, Hirata's parents had been killed in an accident in Iceland and Japanese tradition holds that their souls will not be at ease until the proper ceremonies have been performed. Thus, Hirata sets out on a journey, a quest to the river where his parents perished. Along the way, in this Icelandic-Japanese road movie, he encounters many difficulties, tough situations, and odd people in the land of fire and ice. Fridrik Thor Fridriksson's vision infuses Iceland's stark and beautiful landscape with a haunting spirituality.

This was a great movie and I really enjoyed it. The usual late night debrief ending with a late showing of two episodes of “Swift & Shift”. This is the funniest series I have EVER seen and is so Australian.