I woke up about two o'clock and struggled to get back to sleep for a couple of hours and then Luc woke up in the pitch darkness and said it was eight o'clock and time to get up. We tried to warm up the hut again while we had some breakfast and a brew and got our selves organised. I got my bike started OK but Luc's bike wouldn't start. He tried and tried until the battery started to give up. I started to get my jumper leads out when finally it kicked over. We rolled out around nine thirty and I had a crap run back to Auster rookery as my helmet visor heater socket was blocked with ice and I couldn't get an electrical connection which caused my visor to ice up preventing me from seeing. So for the forty minute trip I had brain freeze and got smashed about by the stastrugi. It is so hard to get every thing just right on a quad and that's one thing a Hag has going for them, just through your shit in and hit the road. Any exposed skin on a quad gets instantly frost bitten so you have to be very careful. 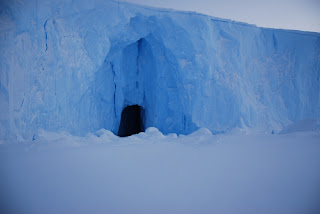 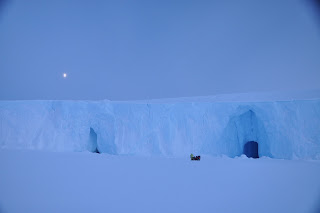 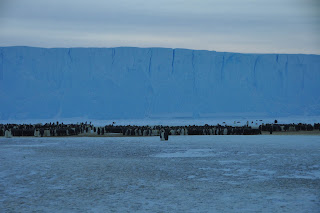 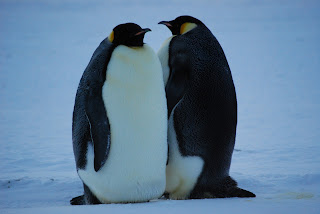 Just before we got to the rookery we stopped at a huge ice cave for a look and a few photos. These ice bergs really are amazing but the thought of them rolling or collapsing is a real worry after seeing what they can do last week near Mawson and the worst bit is hearing them crack and groan. This time we went to the other colony of birds and it was just as spectacular as yesterday. One thing we noticed this time was one bird gently rubbing the other bird on the stomach with its head and beak and it appeared the female was just about to lay her egg as you could see her pouch opening. It's was a really touching scene. These penguins are perfectly adapted to their environment with the thickest plumage of any bird. Their feet are huge with very large claws and they sit the egg on their feet and cover it with their fat flap of skin. The males will not eat for two months until the females return for their turn of incubating the egg. The females will also not eat for two months but some how have enough food in their stomachs to regurgitate to feed the baby until it is big enough to be left to fend for its self. One day all the mothers just up and leave, leaving the chicks alone. After about a week the chicks just start walking to the sea which is over fifty miles away and they just seem to know which way to go, how to swim and catch food till they are older enough to return to Auster rookery once again to breed. We hung about for about an hour and a half same as yesterday till our cameras gave up the ghost and then we once again headed back to Macey hut for a hot brew before the long trip home. 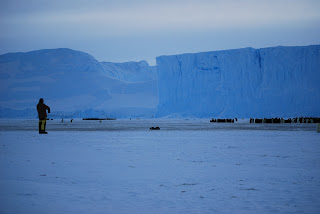 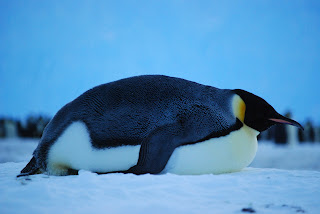 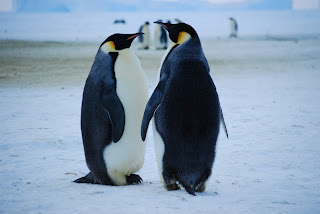 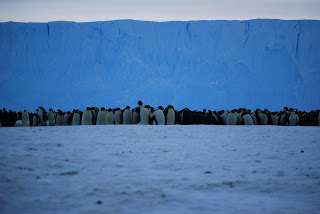 This time Luc's screen iced up and he was the one having all the trouble while my heater was working fine. Luc also suffered badly with frozen knees. It was a quick trip back to the hut and while Luc heated some water and taped chux super wipes around his knees, I refuelled the bikes and dragged the empty gas bottle back to the apple and tied and chained them up to prevent them from blowing away in a blizzard. After a quick brew we packed the bikes and secured every thing for the long trip home before it got too dark. 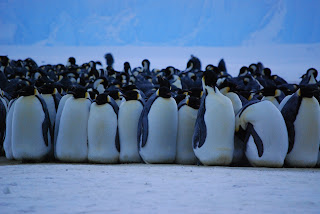 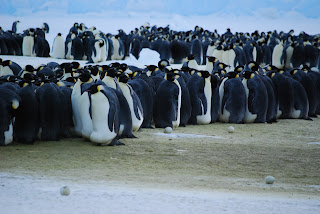 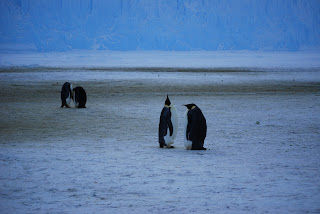 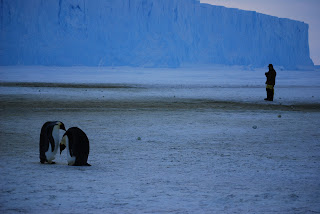 This time we both had perfect systems and no icing, Luc's knees were warm and all went well. I took a different route back home this time to check out more ice bergs and Islands and it was a very spectacular ride with the sun setting in the North. We had some really long stretches of great flat sea ice that we could ride fast on. Every now and then you would come across a large tide crack and hold your breath and close your eyes and the quad would just roll right over it and then you could breath again. There was really poor definition again and some times we hit rough sastrugi without warning threatening to throw you off the bike and just as we were nearing the base I hit a large bliz trail we couldn't see and I got some really nice air but it scared the hell out of me. Luc was lucky as he saw me and could slow down. Shortly after this I hit a bigger one and managed to stop right on the crest with my heart pounding. 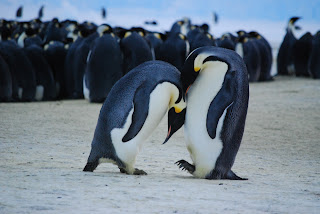 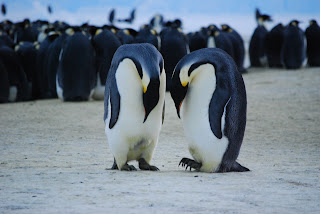 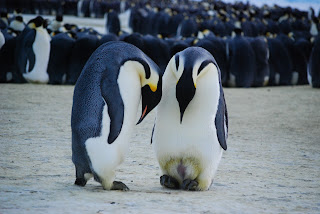 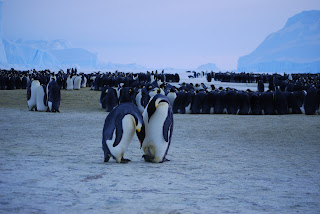 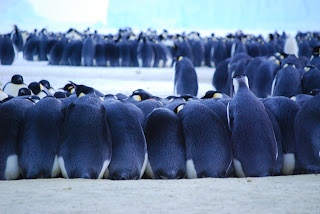 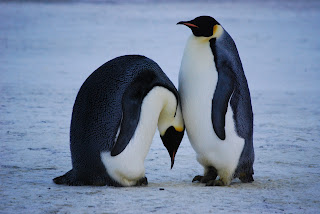 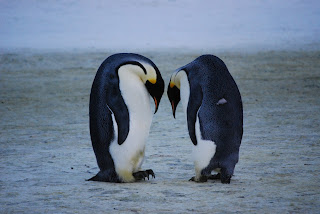 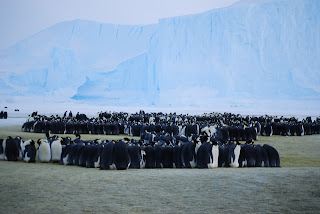 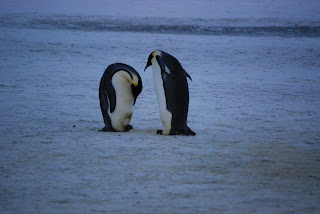 Not far from the station we came across about the fifth seal hole and this one had a head poking out of it but as we got closer he ducked down and swam away. We rolled into Mawson just before dusk very tired, cold and sore. We refuelled the bikes and then put them away and then dragged all our gear inside. I had a nice hot shower and then got a cup of soup, did all my washing and then after my cameras had thawed, I down loaded all my photos and video. After dinner we watched some new western movie which was quite good then I crashed out for a great sleep.