Today was a beautiful day with blue sky and very little wind. First thing I went and saw the doctor about ongoing neck, back and chest pain I have been suffering for some time and I got some pain killers. It’s just muscular and I need to rest it till it gets better.

I spent the morning preparing fire training induction notes. Today we were expecting our first aircraft for the season. It has no passengers and is coming just to prove our sea ice runway for the later flights with passengers and cargo. I went out to the ski-way with Geoff and Jeremy and helped them setup the wind sock & fuel cart for the incoming aircraft. I was on fire patrol for the landing, refueling and take off. The aircraft was a twin otter and it was very exciting to see an aircraft and other people after nine months of isolation. Later I went to the green store and got food in preparation for Saturday dinner as I have to cook for 30 people which I don’t think is very fair, but that’s another story. 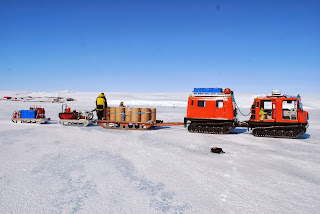 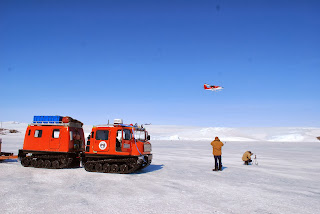 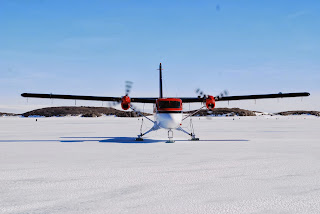 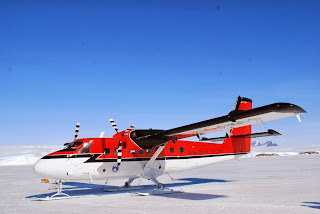