Today fuel tank cleaning commenced and things were a bit tense at first as this confined space work has the potential to be very hazardous. With thorough planning, risk analysis and rescue practice the work commenced using breathing apparatus without a hitch and four tanks were completed. There was no ice or sludge in the tanks and only a very small amount of grit to be swept out so we are very lucky this year.

The ANARESAT antenna tracking system had gone into standby Sunday night after a power outage so I wandered over to place it back into automatic tracking. On the way over I watched four Adélie penguins wander past. They are so funny to watch. I’m not sure if they were just sightseeing or had come up to start moulting. I must follow their tracks later and see if I can find them as if they are moulting they will be sitting out of the wind under a big rock somewhere. They get really shitty when they are moulting and will go you if you get too close which is hard if you don’t see them.

The ANARESAT antenna was too far off the satellite and I had to manually drive it back which caused a five minute outage which I’ll just explain away as cosmic disturbance or some other excuse. I doubt anyone will notice anyway. On a positive note the gravel I through out to try to melt the snow and ice around the ANARESAT building has had the desired effect and is working well, we just need more days without wind and cloud and it will be gone in no time. If this was done each year we wouldn't have had the trouble we had all year digging the place out all the time.

At three thirty I had an unsuccessful EME sked with a bloke in New Caledonia and we are going to try again tomorrow. There has been a lot of magnetic disturbance lately with the magnetic poles on the sun flipping so it is no wonder I have had so many failed attempts using moon bounce lately. After dinner we watched the start of Dakar and also watched the last episode of season two Home Land. We desperately need to get season three sent to Hobart and sent down on V4 so we can watch it on the way back. When I went to bed last night the sun was shining on Welsh Island and it was glowing red and looked fantastic and all the ice bergs on the horizon where lit up as well. 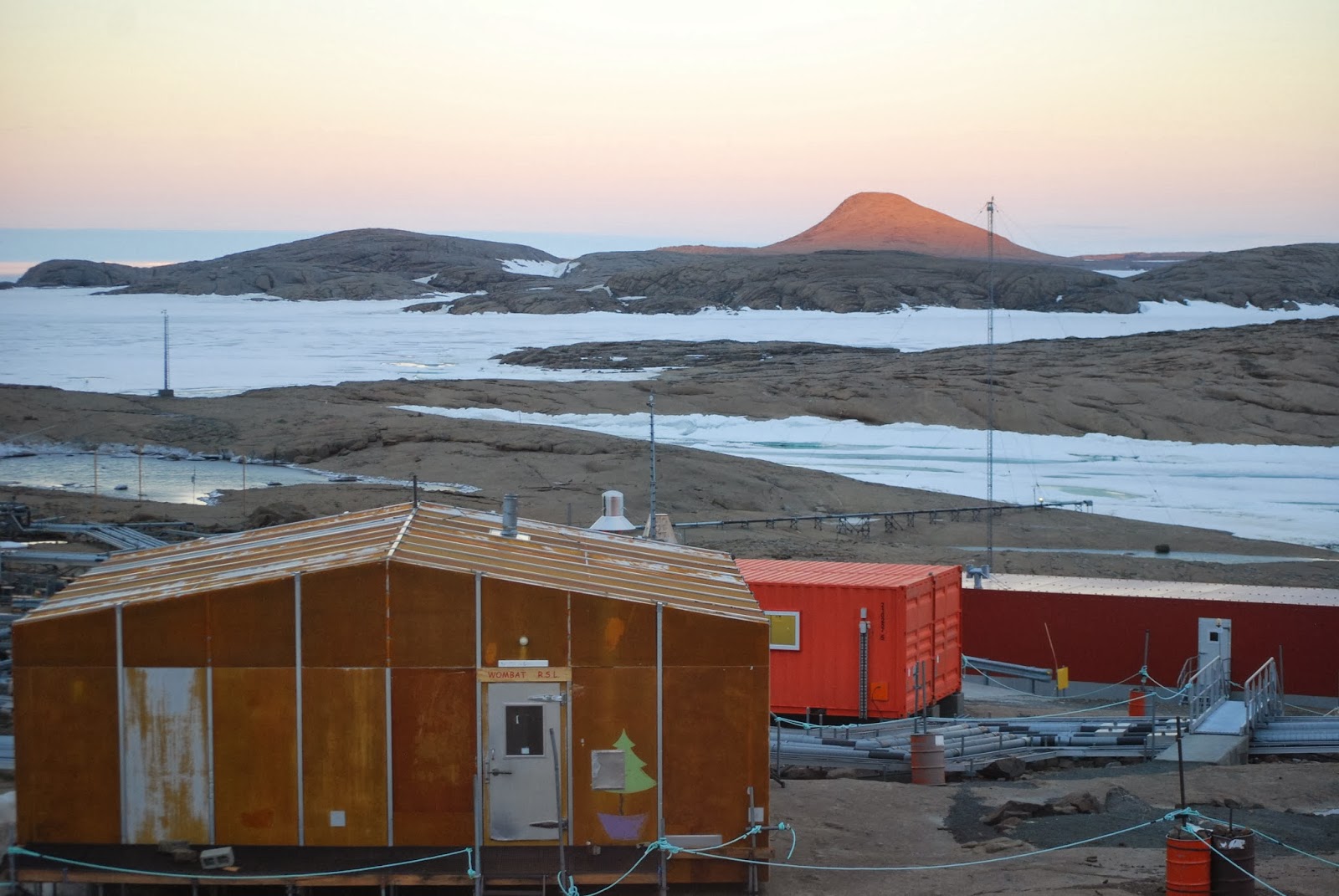 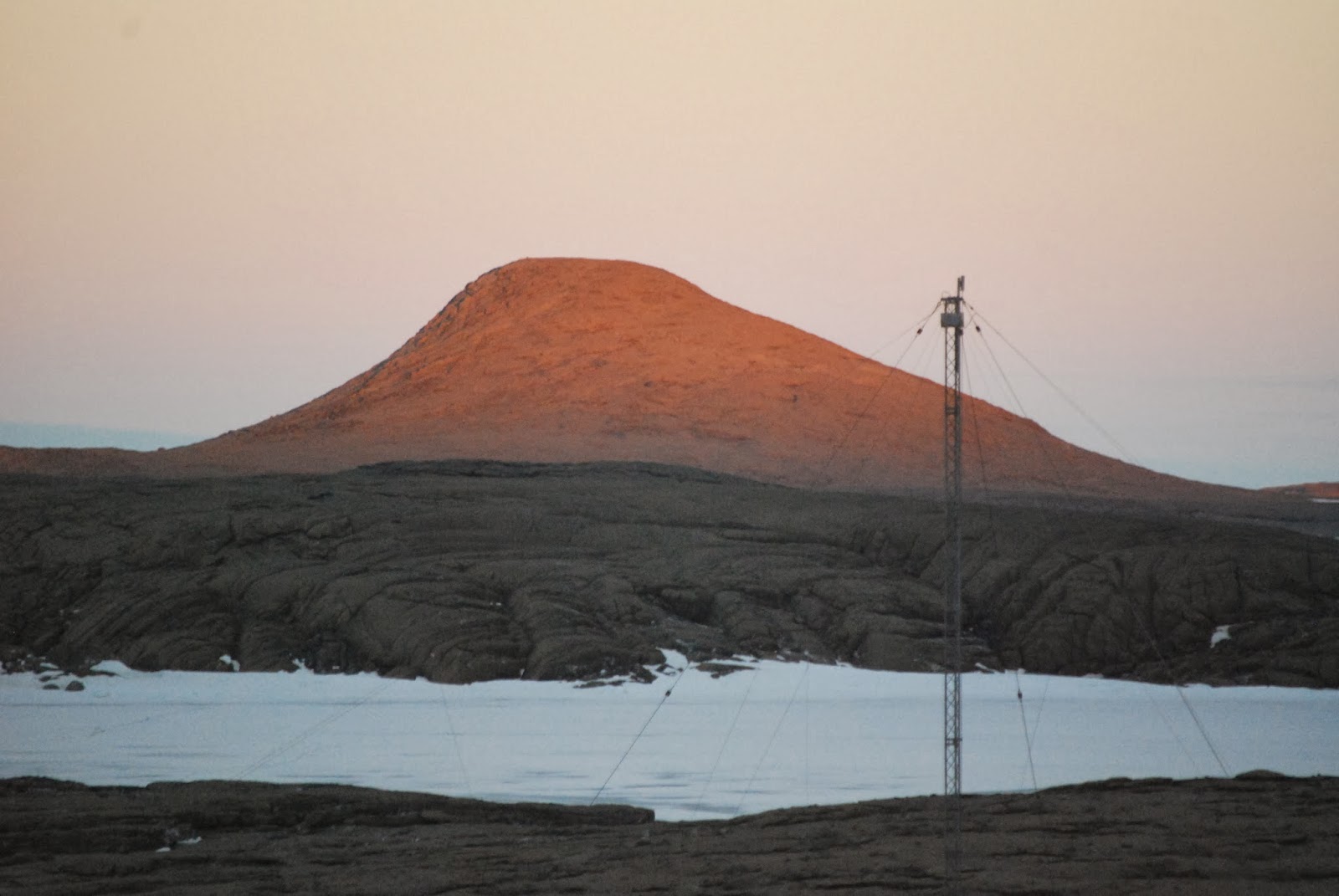 You can just see on top of Welsh Island to the left hand side a small pile of rocks. I had planned to carry up a 44 gallon drum to make a nipple on this near perfect breast I look out at every morning while having breakfast, but it was too steep and hard, so instead I made a 1.5 meter stack of rocks. I think a well made nipple would have to be about 3 story's high !! 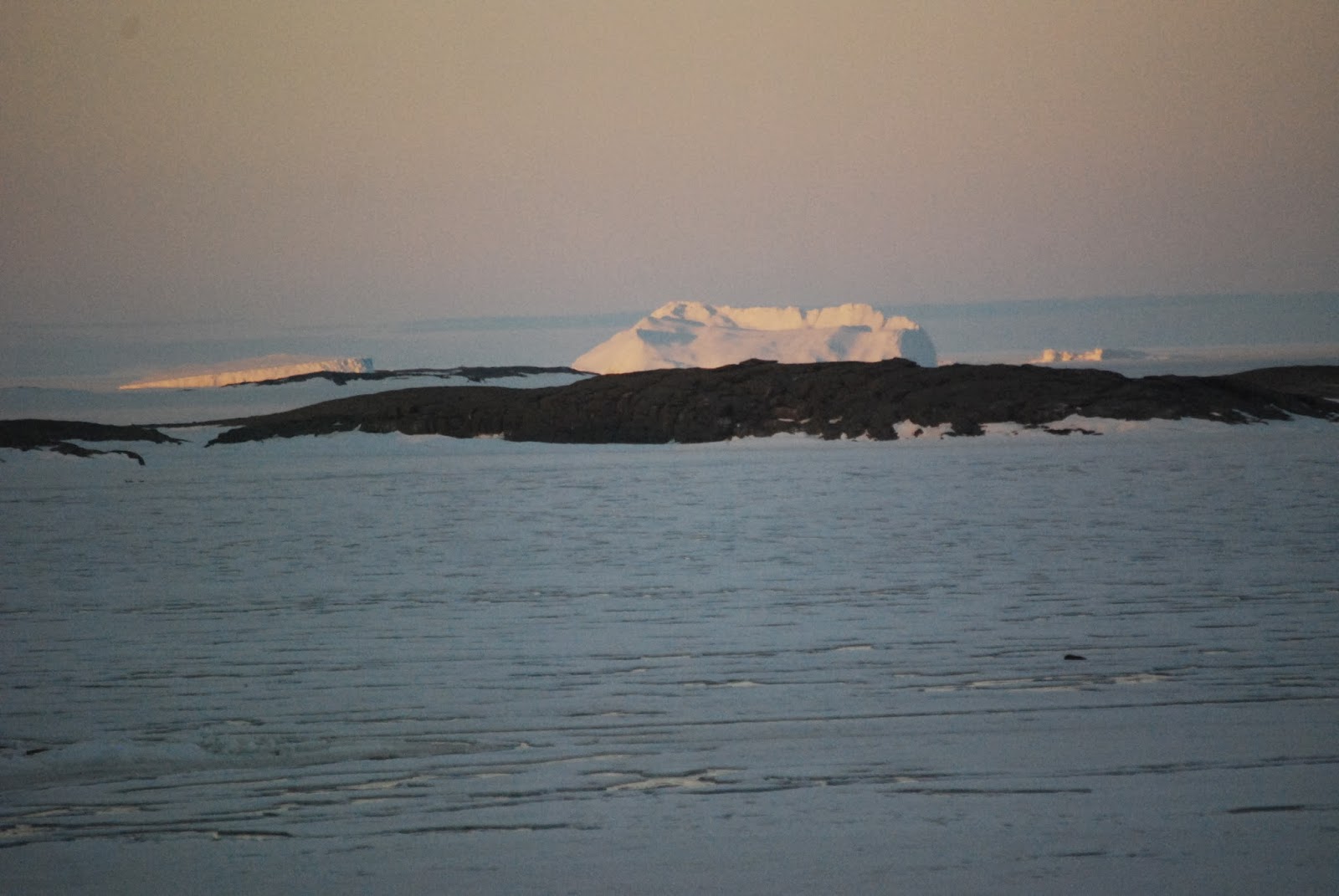 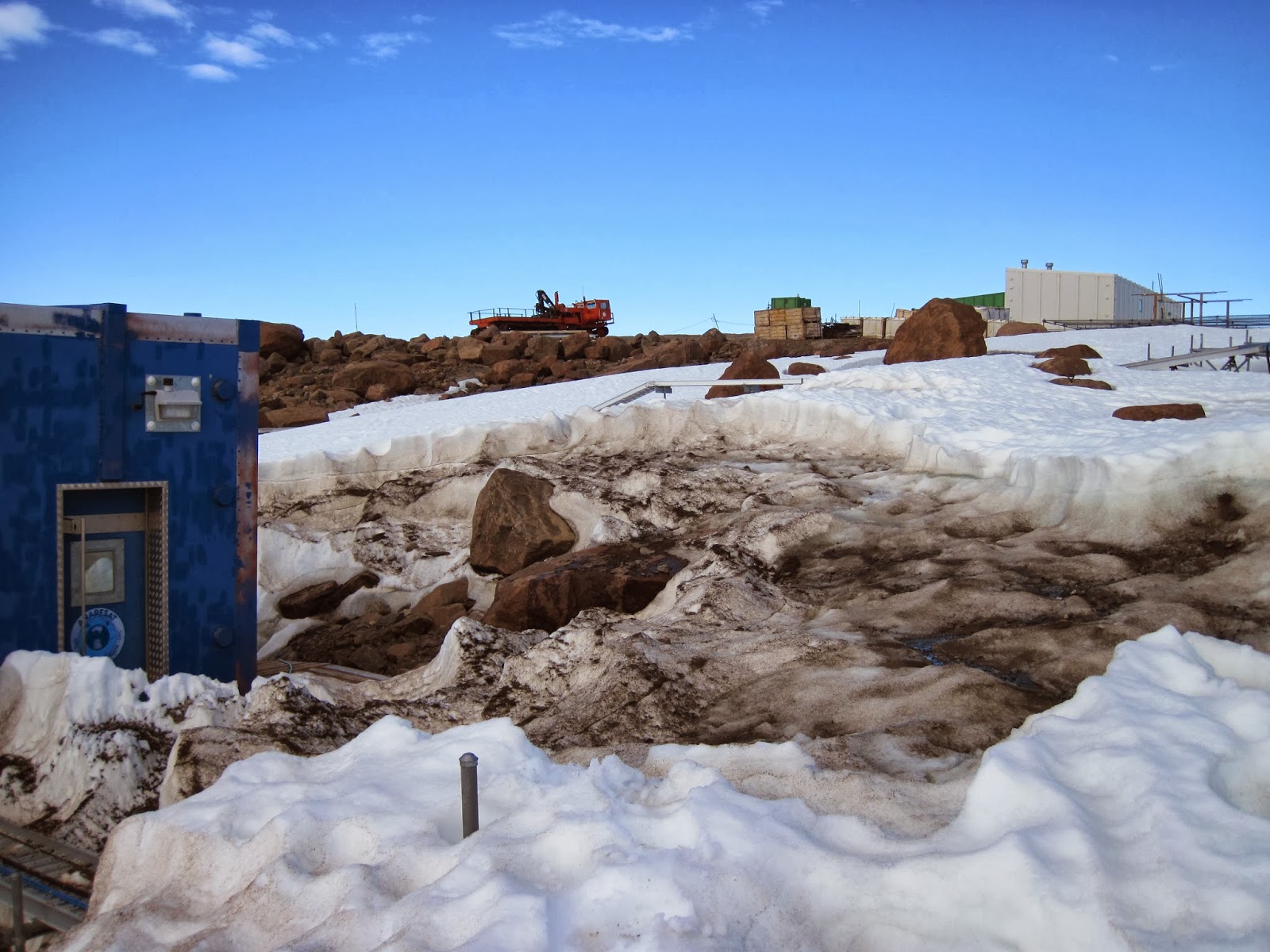 The corrosive effect of dust on snow & ice