Today we all had to be up fed and watered ready for battle stations at the seven o'clock meeting. By eight o'clock we were expecting the station to resemble the set of "Apocalypse Now" with dozens of choppers flying over head, smoke canisters and over important aviation officials dressed in uniforms with glinting badges shouting at everyone with loud hailers. By lunchtime there was still and eerie silence hovering over the station and it was obvious they weren't coming. The ship was having extreme difficulties penetrating the pack ice and only doing a pathetic three knots.

We all had to remain on standby, but it was obvious there would be no flying today. Well that's another perfect flying day wasted. The weather lately has been amazing for this time of year as at this time last year we were having constant blizzards and so far this year we have only experienced one pathetic blizzard. It's a risky manoeuvre bringing the ship into the pack ice at this time of year. Just ask Ernest Shackleton how dangerous it can be. At minus twenty the sea ice is growing about ten centimetres a day and the days are getting about ten minutes shorter every day. If the ship gets trapped in the ice the only way out would be to call on the Americans, that is if their ice breaker is still in the southern ocean?

A lot of people have nothing to do (or don't want to do anything) but this was good news for me as Richard and I still have plenty to do. After doing ARPANSA I labelled and packed up all the air samples from 2013/14 and packed them along with the record books into the box containing the portable air sampler and RTA'd the lot to go back to ARPANSA in Melbourne. After this I made several trips down to the transmitter building to bring up to the operations building a keyboard, monitor, UPS and a bag of rubbish for disposal. After lunch I was determined to spend the rest of the day working on my annual report as I would really like to get this completed before I get sent out to the ship.

I'm not sure if I mentioned it or not but this year we managed to hydroponically grow a total of 198 kg of food compared to last years effort of 150 kg. 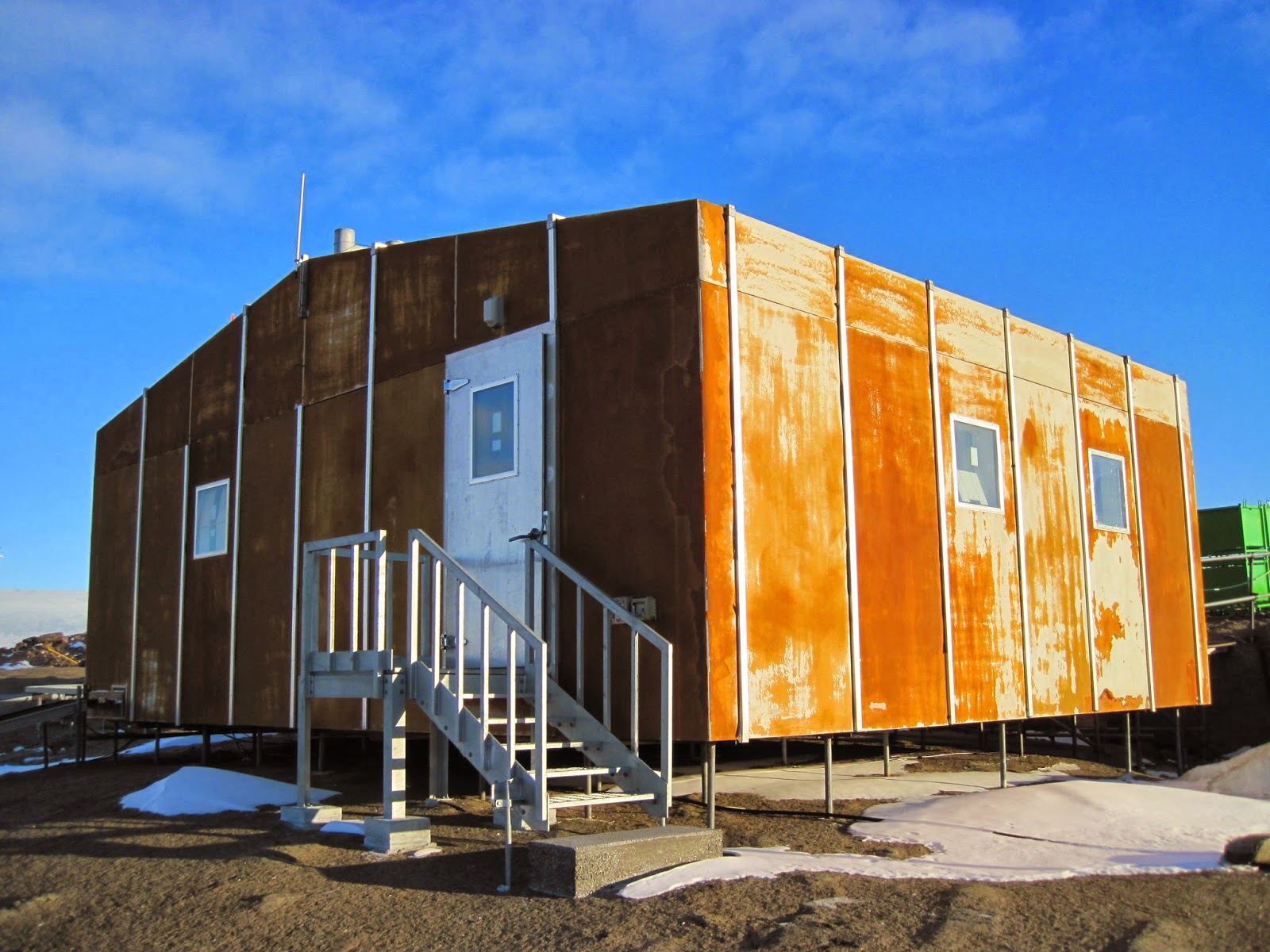 The old (1975) transmitter hut. This hut and also Wombat are made from asbestos sheeting and as you can see all the sealant has worn off over the years. After all the time I have spent in the building over the past fourteen months I hope I don't develop mesothelioma in years to come. 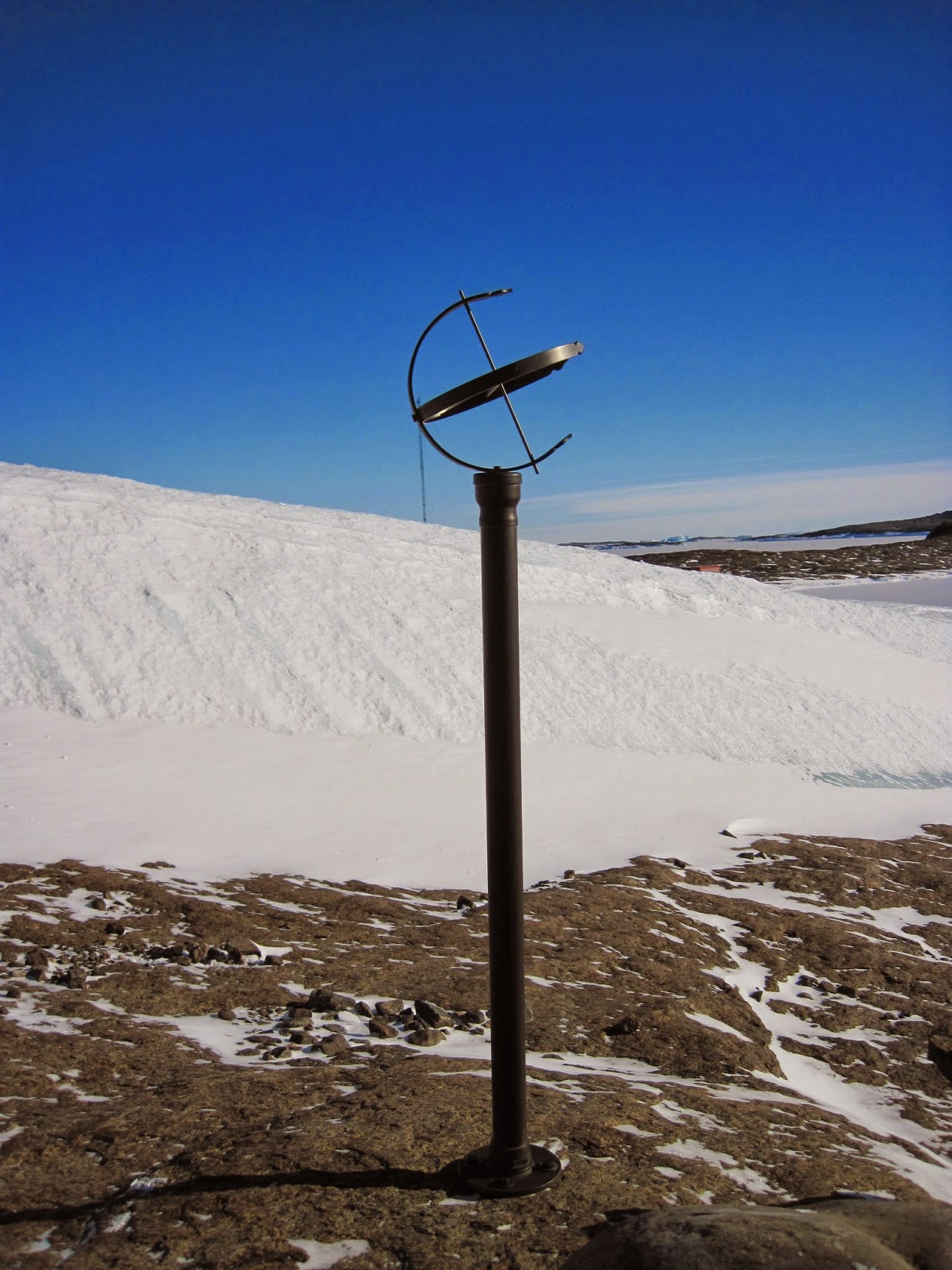 I have finally figured out what this bloody thing is. (Thanks George) It's a sundial made in 1984 by a bloke called André Phillips (nice work mate) and it is calibrated in MBT. (Mawson basted time)