I woke up around three o'clock this morning and I looked out the window and there was a pretty good aurora going off. I watched it for a while and then went back to bed. When I got up I checked the ANARESAT as usual and all seemed to be working fine, but over breakfast it was reported telephones, email and the Internet was not working. I went back to my room and pinged various places in the network and sure enough the satellite link looked healthy but was not passing any traffic.

We called Telstra and they were none the wiser but suddenly the link came good which makes me think there was a bit of intervention going on at their end.

We had a video conference with the director in Kingston and all stations and we got the system working just in time. After the video conference we had smoko and then I went and did the ARPANSA filter change and then I had another job interview which I think went very well. After the job interview I caught up on all my emails. At three thirty the wind dropped off so I got all our climbing gear and tools ready again to install a temporary air band antenna on the roof of the transceiver hut. First I had to search the station for a two meter length of uni-strut and take it back to the workshop to drill some holes and then scrounge up some antenna brackets.

Finally I was ready and Richard and I headed off up to the transceiver hut. This time I volunteered to do the deed and I climbed up onto the roof in minus seventeen degrees with a fifteen knot wind. I got a bit cool without any thermals or even a fleece and it wasn't long till I had to don my balaclava. I had quite a few nuts, bolts and washers to remove and install and amazingly I didn't drop a thing. It didn't take long though for my right hand to go off and I struggled to move and control my hand and fingers with the excruciating pain, taking breaks to try and warm them. My knees were very painful also kneeling on the minus seventeen degree colorbond but I finally got the job done in record time and I climbed back down to cable tie the cable all the way down and back inside the building.

By now I was frozen to the core. I took all the gear back to the office and then walked all the way down to the transmitter hut to see what the bands were like. Ten meters seemed to be alive so I put a few calls out and got bombarded by hundreds of European stations. The hut temperature was down to zero and it was bloody cold but it’s amazing how used I have become to these temperatures as I was only wearing a work shirt and work pants. I made about twenty contacts before retiring for dinner and then a nice hot shower to warm the core up. 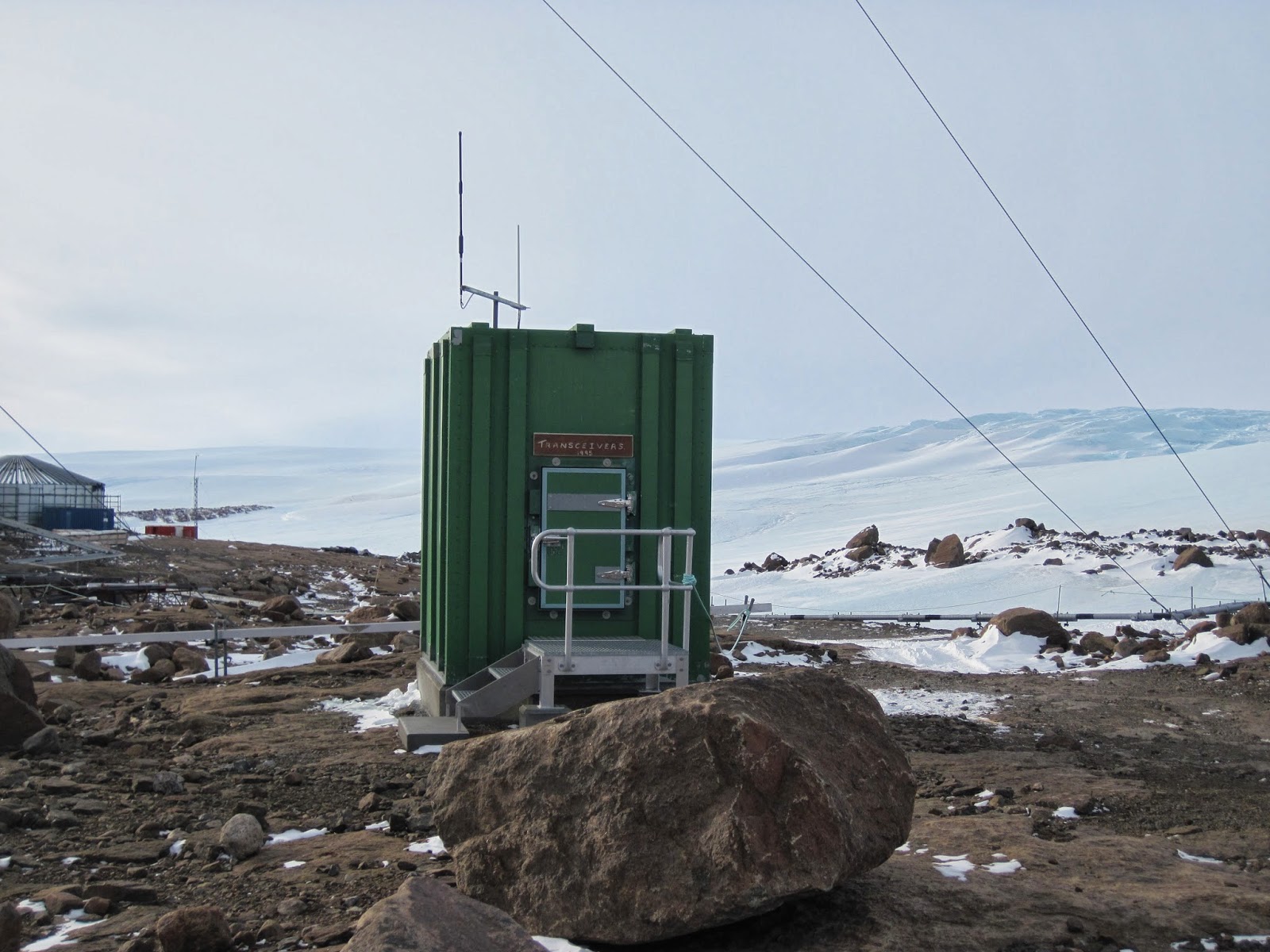 What a nice erection - even in minus seventeen degrees 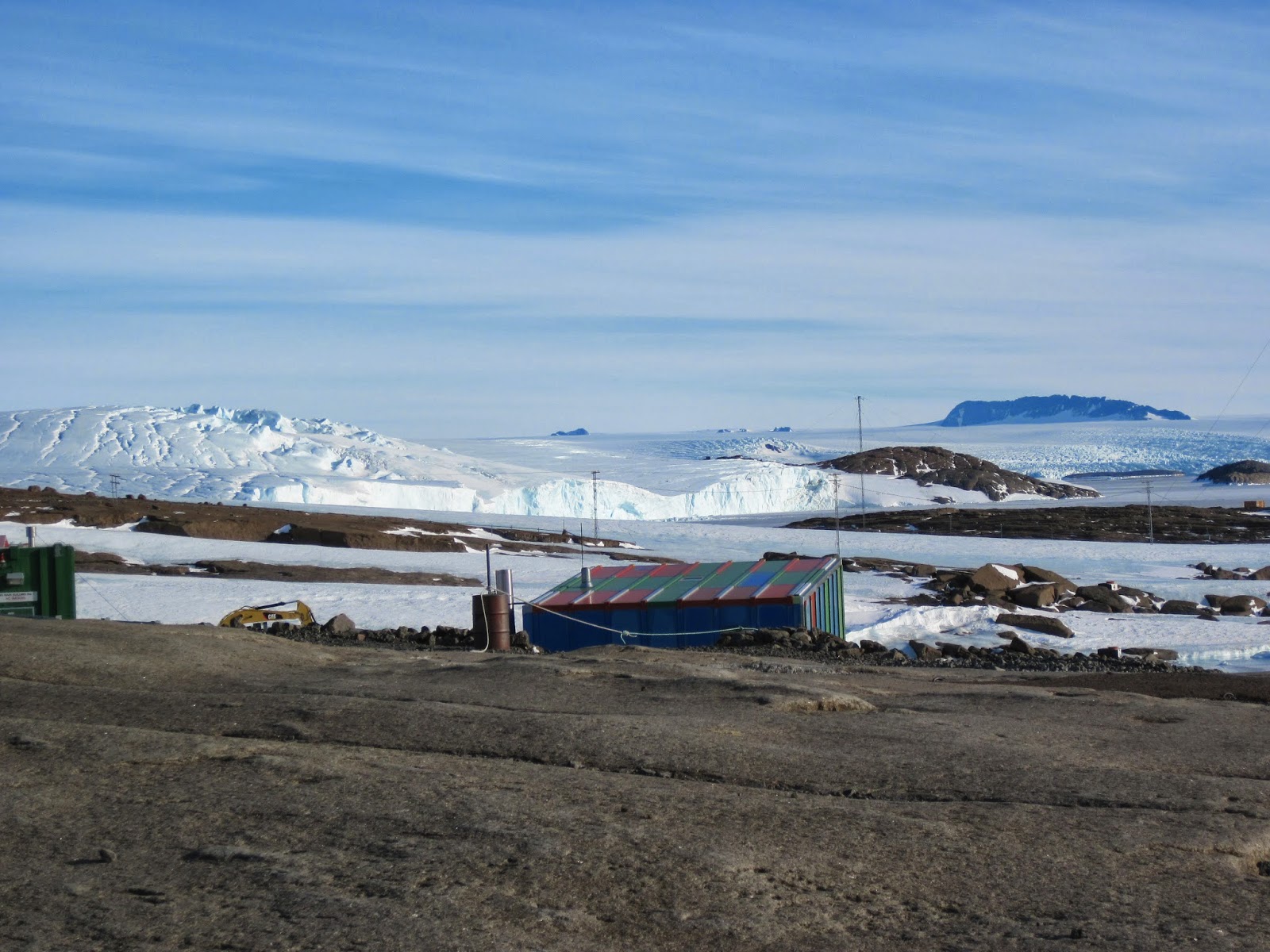 I love this view just outside of the Operations building