This morning I woke up early as I must have had a lot of things on my mind. I did really well in the job interview yesterday and it looks like I have the job pending a security clearance and a medical. Considering I had to get a "Top Secret" security clearance to come down here and after the extensive AAD medical I don't think I have any issues to worry about there. I have also been told I have been selected for the other job I had an interview for, so I have some big decisions to make regarding which way I go.

I spent all morning doing this blooming online security clearance, then I messed about checking my super and downloading all my payslips and a heap of other stuff. For Saturday duties I had to sweep and mop the three sets of stairs in the red shed and then I cleaned my toilet and bathroom spotless. I tell you that is the LAST government dunny I will ever clean. By now I was starving and needed a coffee so I went and scrounged up some old quail and some cheesy pasta thing.

I forgot to do ARPANSA so I raced down and discovered the number 001 detector had failed. I spent an hour or so getting the 003 spare detector back on line and then went back to the red shed to sort a few more things out getting ready to leave station.

In the late afternoon I went down to the radio shack and conditions were not so good and I had to struggle to make about 20 contacts from Australia, Japan and Europe. We have gone onto ships time now and dinner was at 1630. I couldn't be bothered eating at that time so I wandered up late and had a feed on my own. After a chomp I wandered up to Club Katabatic and there was a party going on with everyone drinking all the leftover grog. The resupply is going to be a dry affair so all the booze has to go. I thought shit this is going to get messy and you know what? I was right !!

One by one people staggered out saying "I'm going outside and I might be gone for a while". Last thing I remember was making a guest appearance with the band "Bad News" singing for a while and then playing some awesome lead bass guitar riffs. 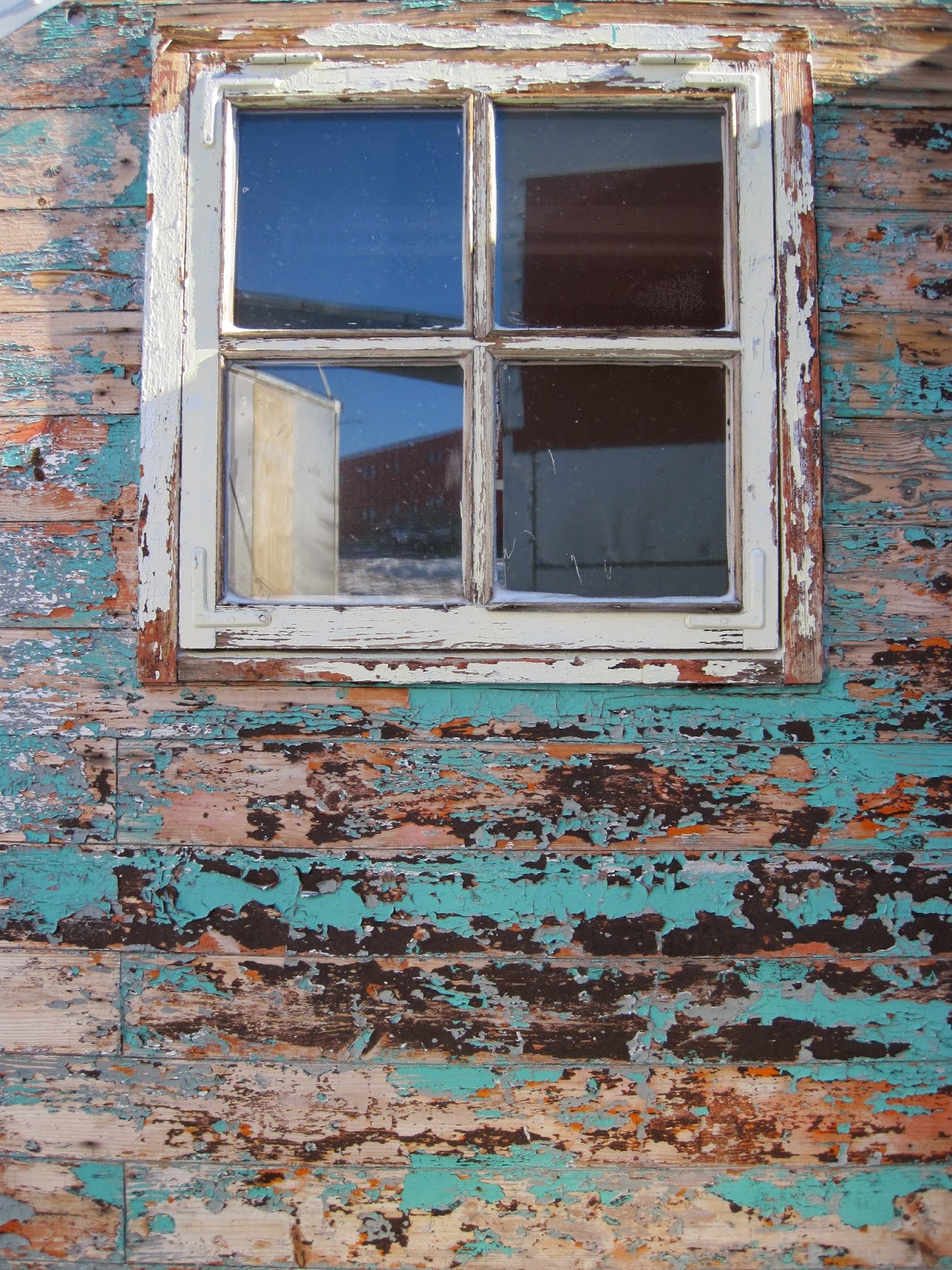 I love this old window in Biscoe