Once again we were all up at sparrows fart to be briefed at the seven o'clock meeting. The ship was still over one hundred and sixty kilometres to the north of the station and only doing three knots smashing through the pack ice. The weather again was perfect with little wind and minus twenty one degrees. We were told to ready at short notice for a helicopter so Richard manned the console while I retired to my room to work on my annual report while I tracked the path of the ship on the Internet and regularly checked the view from the ships three web cameras. It was obvious we were not going to see any helicopters today as I watched the ship struggle to find a way through the heavy pack ice.

They are hoping to push their way into a large polynya where they will raft up to the fast ice and conduct their resupply from. I hardly left my room all day and worked hard all day managing to get forty four pages done out of sixty seven on my annual report. At one stage I saw a helicopter rolled out and bladed on the helideck ready for flight. We all went to battle stations but they were only sending a bird up to do an ice recci. This proved to be a wise move as the identified a couple of large leads heading into the polynya and once in these leads they were maintaining a speed of up to ten knots for several hours. At four thirty we were told there would be no flying today and to stand down, that means the bar will be open for one more night as this year for the first time in sixty years since Mawson was established the resupply will be a dry affair.

Back in the fifties and sixties the station doctor used to issue all expeditioners amphetamines to stay awake and alert during resupplies. My how things have changed !! These photos below really highlight how isolated we really are trapped behind hundreds of kilometres of fast and pack ice. 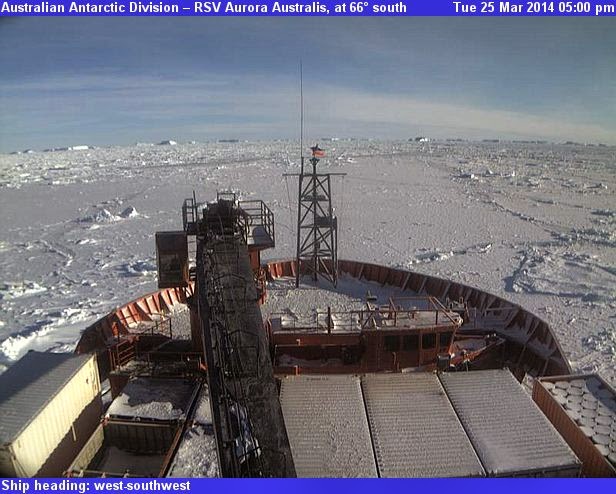 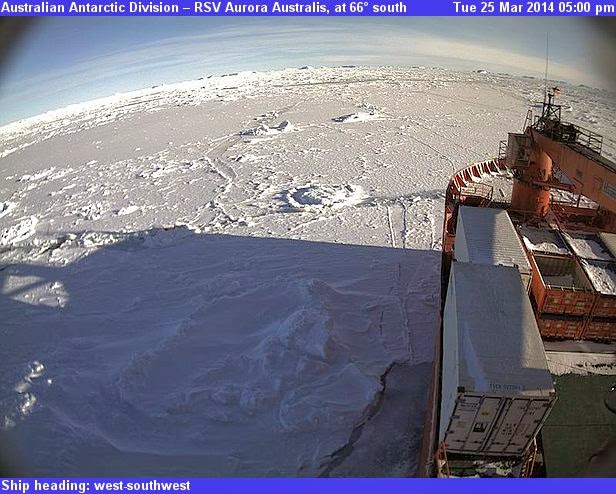 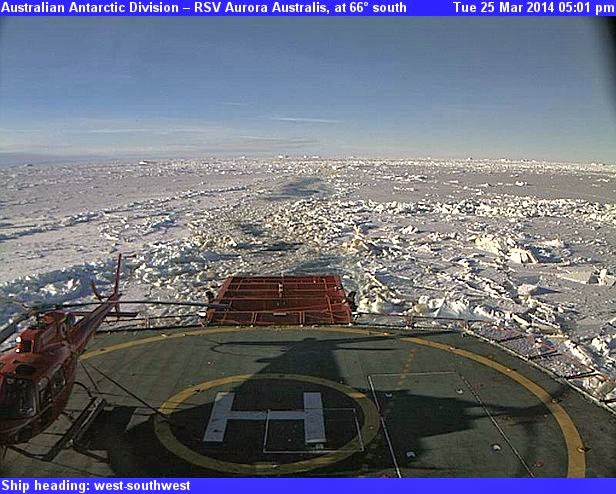 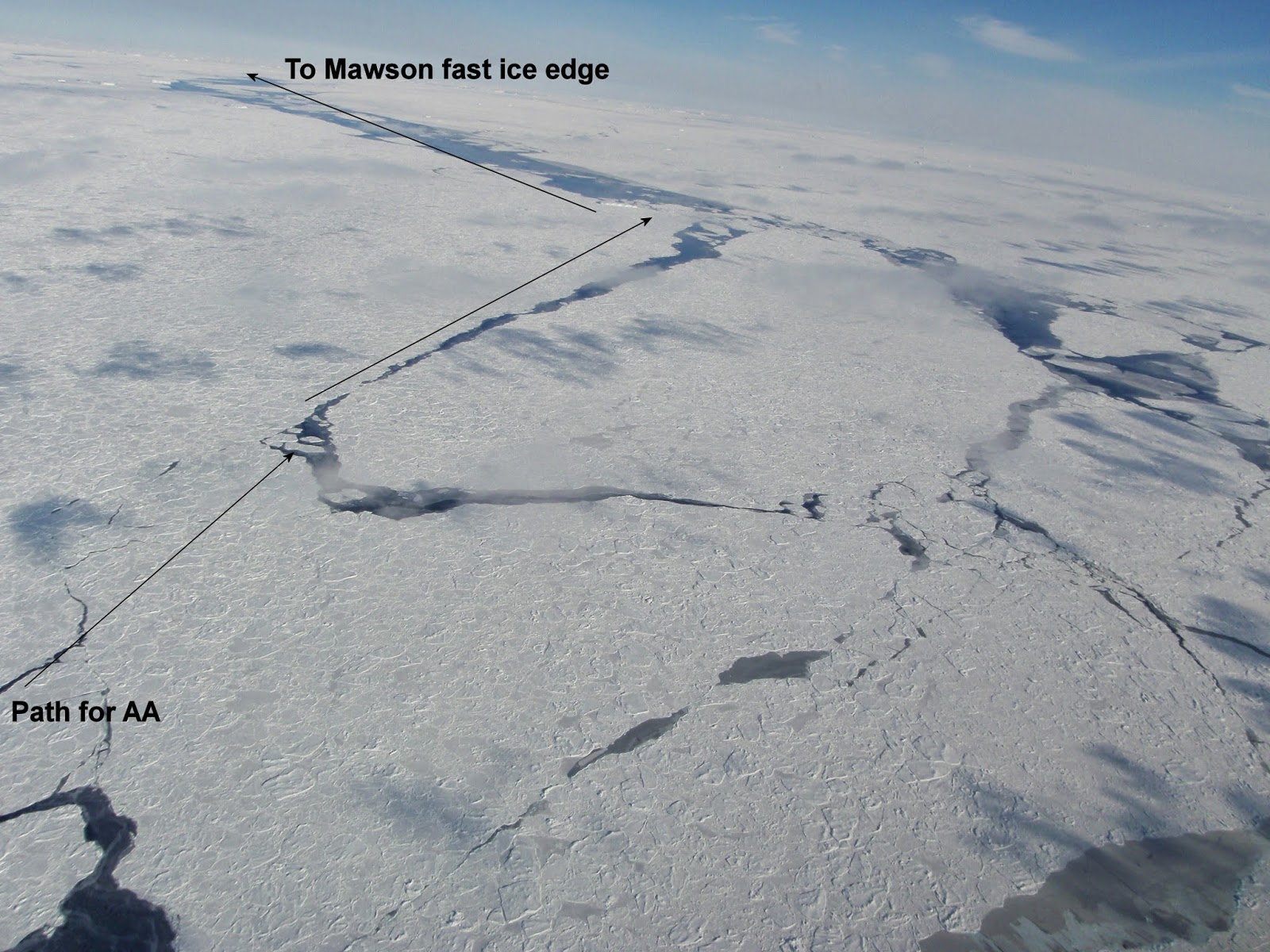 Aerial view taken by the helicopter doing an ice recce, showing a couple of large leads heading into the polynya.