Today was a beautiful day but quite windy in the morning. I badly wanted to get off station and go up the plateau for one last look around, so at smoko I asked Paul if he would like to come out with me and he was wrapped to get off station for the day. There wasn't a cloud in the sky and after smoko the Katabatic had dropped to zero so it was a mad scramble to get ready and head off. We departed station around eleven o’clock and headed up to Mt Henderson on quads.

We can’t use the Hag’s as we need to be saving fuel. On the way up to Mt Henderson I deviated to the northern end of the range avoiding a huge ice cliff and heaps of crevasses to enter the steep descent into Lake Henderson. I have only been in here once a long time ago in a Hag and it was nice to have a good look around. We had a lot of fun on the quads on the smooth flat surface and steep curved ice walls on the sides. While on the lake we ran into Peter C and Darron who had just come back from a walk high up on the walls through an ice scour. Paul and I decided to take a walk up into the same area to check things out.

It turned out to be a really nice walk up in the ice scour but Paul didn't bother to bring micro spikes so he couldn't walk on the ice, so I had a brief look and then we headed back to the bikes. From Lake Henderson we headed back out through the maze of crevasses and back onto the cane line where we headed up to Mt Henderson hut for a warm drink and a bite for lunch. Peter C and Darron were already there so the hut had a bit of warmth in it as it was about minus twenty today and bitterly cold.

After a bite, we headed over towards Fischer Nunatak to have a look at the huge wind scour around it. I went there ages ago with Luc during a white out, so it was nice to go back in good conditions for a look. The ride into the scour was fantastic and we all went a bit nuts. It had great slopes all around and the floor was nice and smooth. We drove up as far as we could and then walked as far in as we could. The scenery was fantastic and there were strong bullets of wind coming through from both directions whisking up bliz in plumes and vortexes and then next minute the bliz was running along the floor like a river of snow. My goggles froze up and then I started getting a bit of snow blindness and my eyelashes where freezing together. My balaclava had totally frozen to my face and there was no way of getting it off until I got back to station.

We walked back to the quads and then we all went a bit nuts again riding around in this huge ice colosseum until eventually Peter C and Darron headed off on their own and Paul and I decided to head back to the station. On the way back we pulled up at GWAMM to take in the beautiful scenery for the last time. I will really miss this place and it sure has been a privilege to experience it. After enjoying the serenity and taking a few more photos, we headed back down the steep decent slowing at the rugged ravines caused by the recent melt streams and rolled back onto station around five thirty. After refuelling and then packing up I had a nice hot shower and was just in time for dinner. 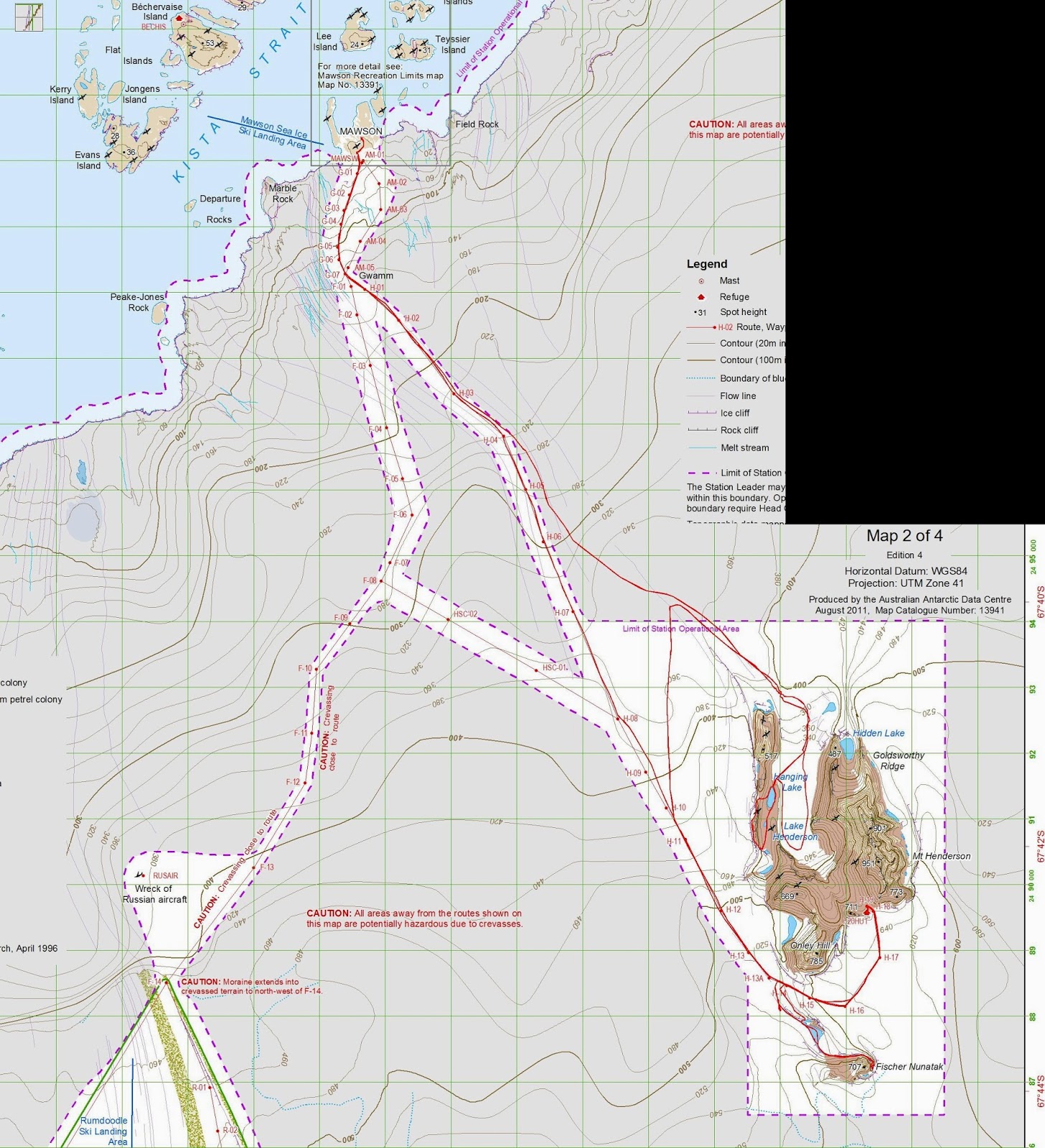 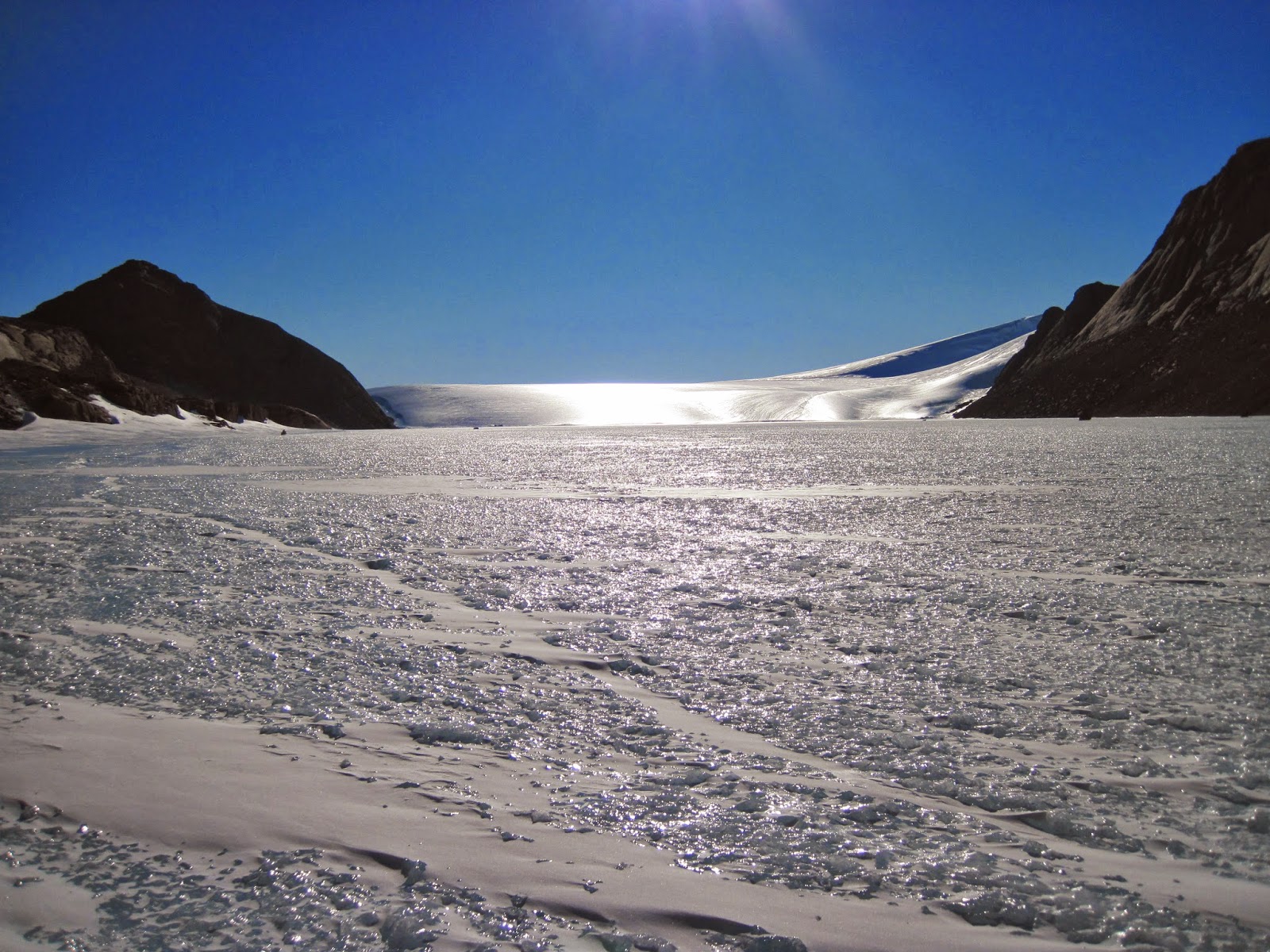 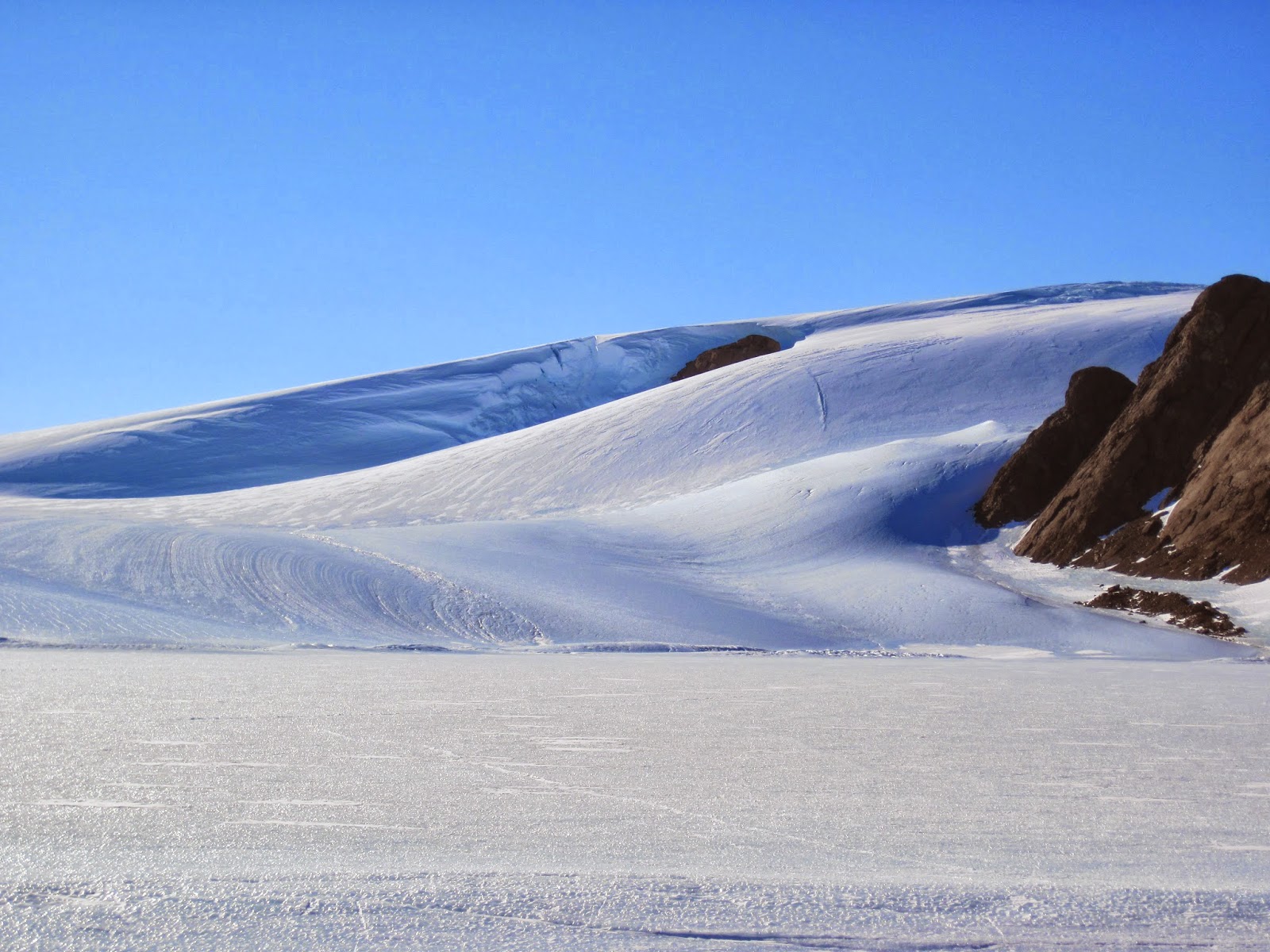 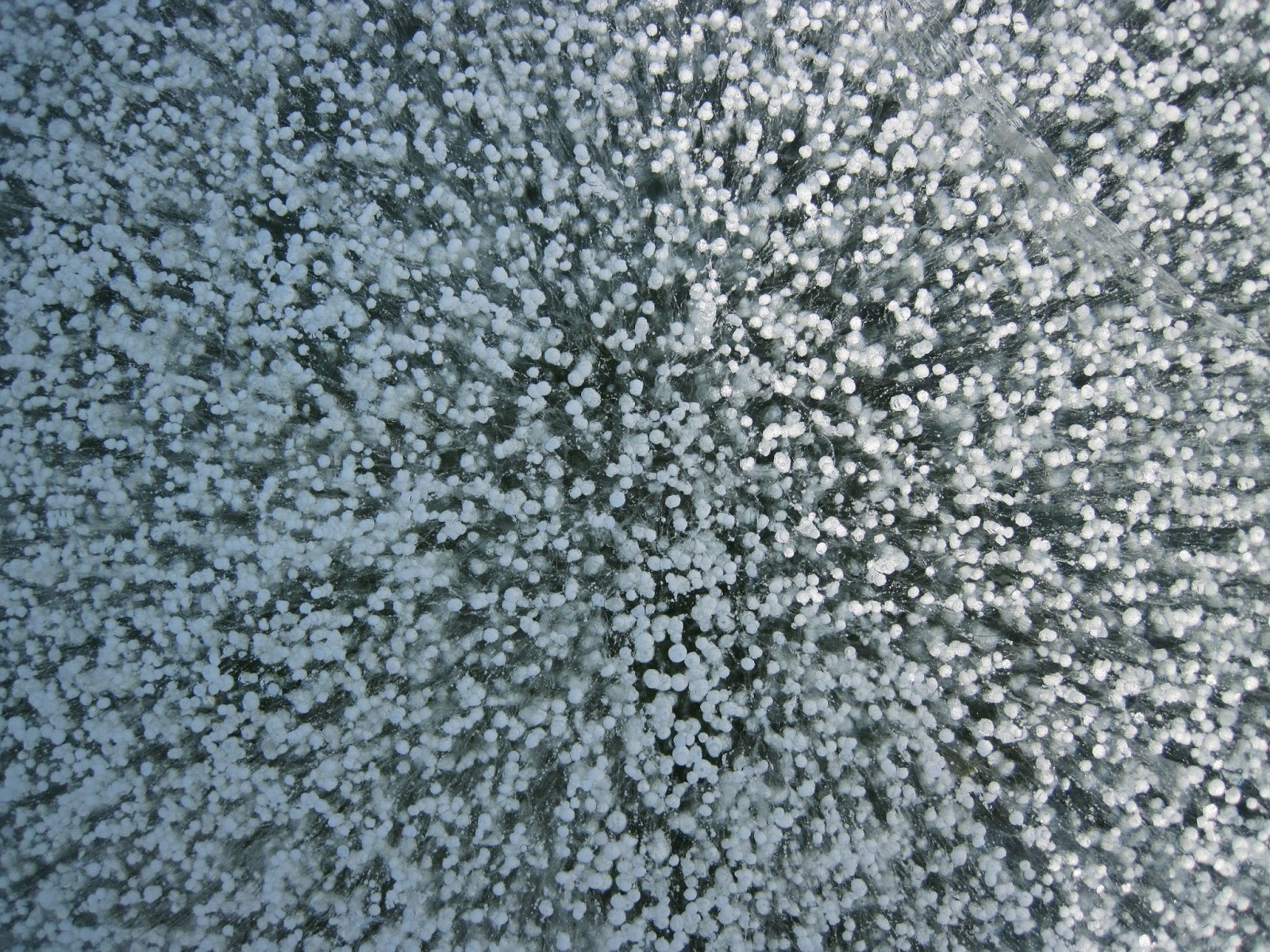 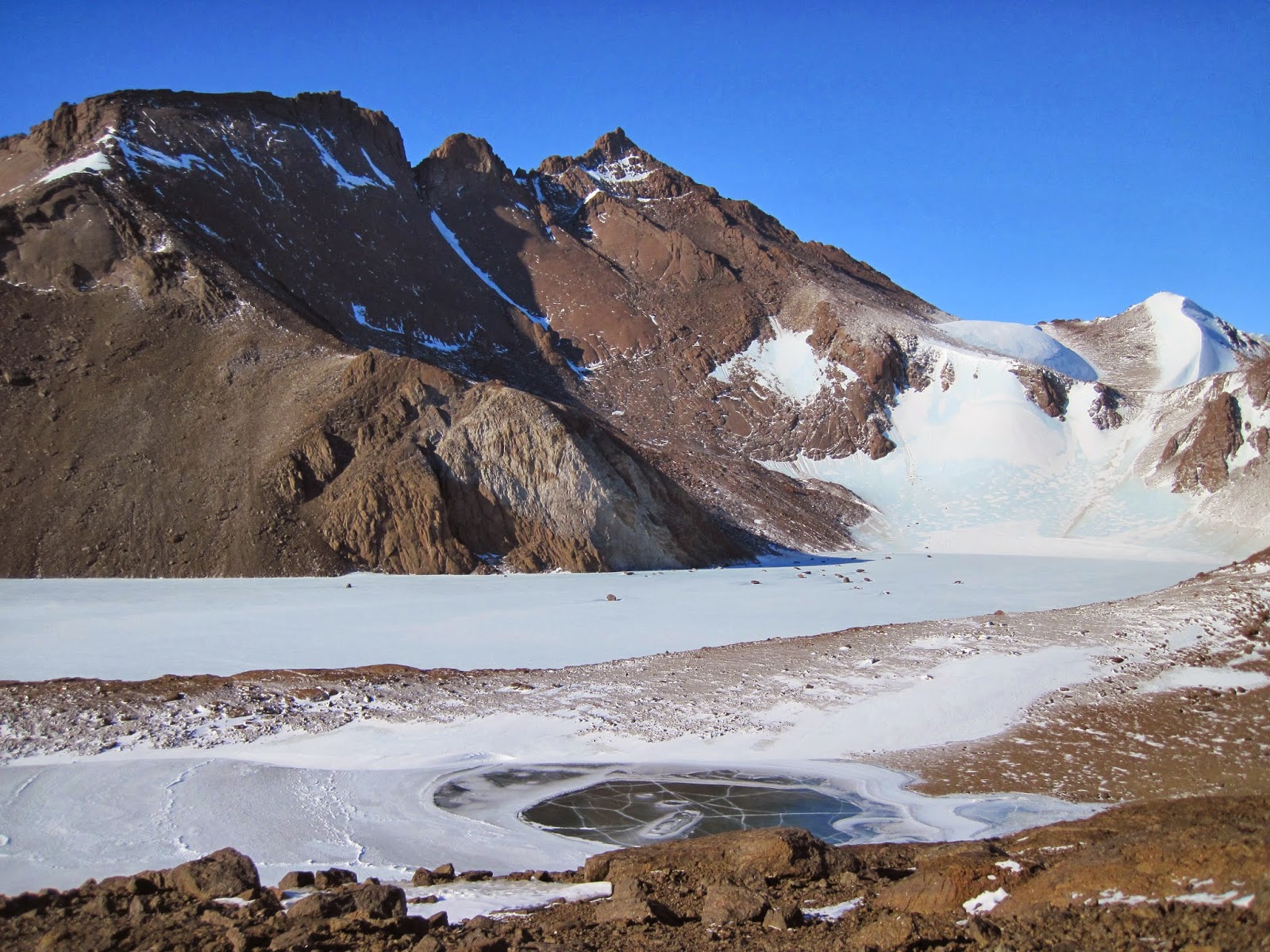 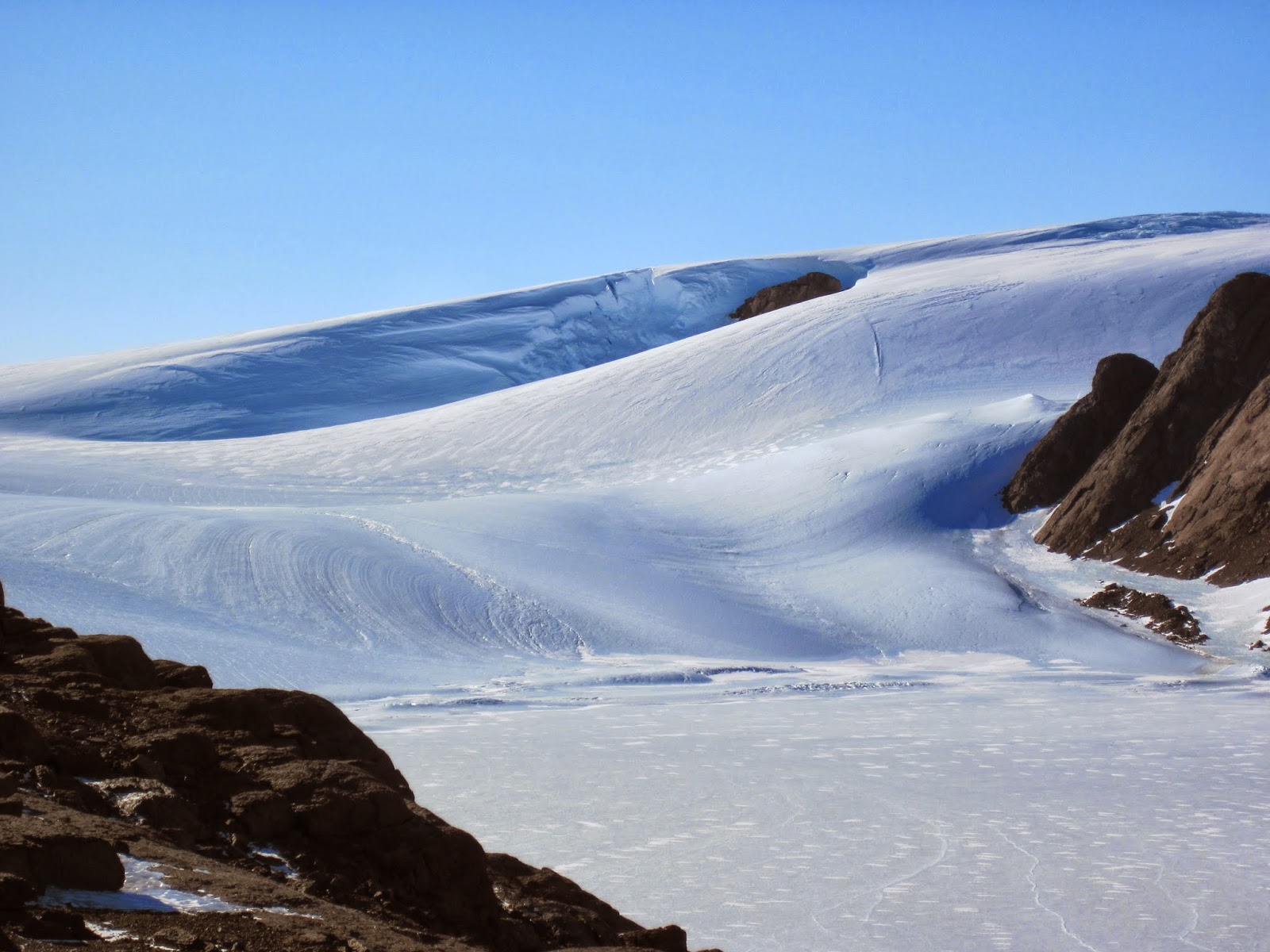 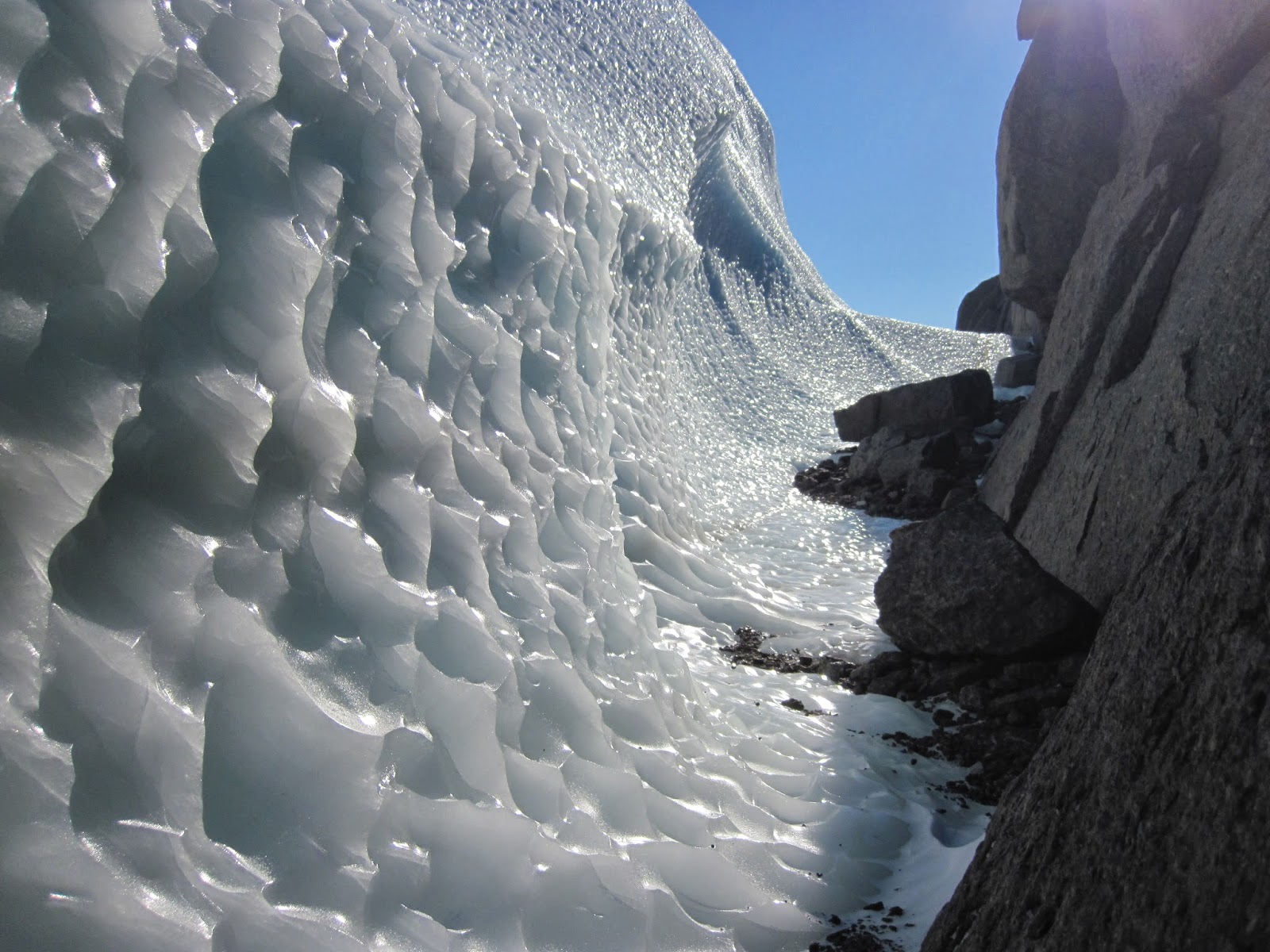 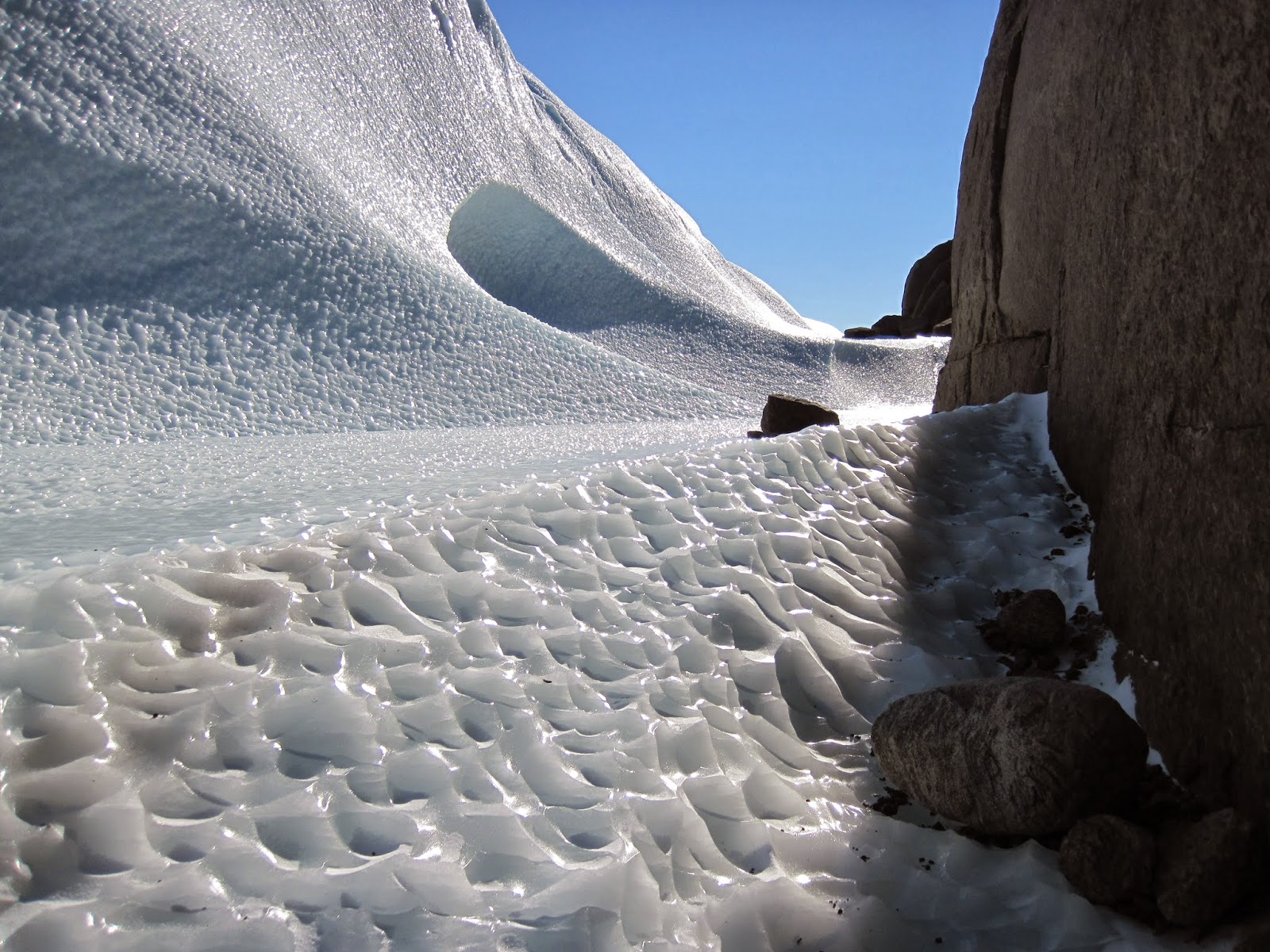 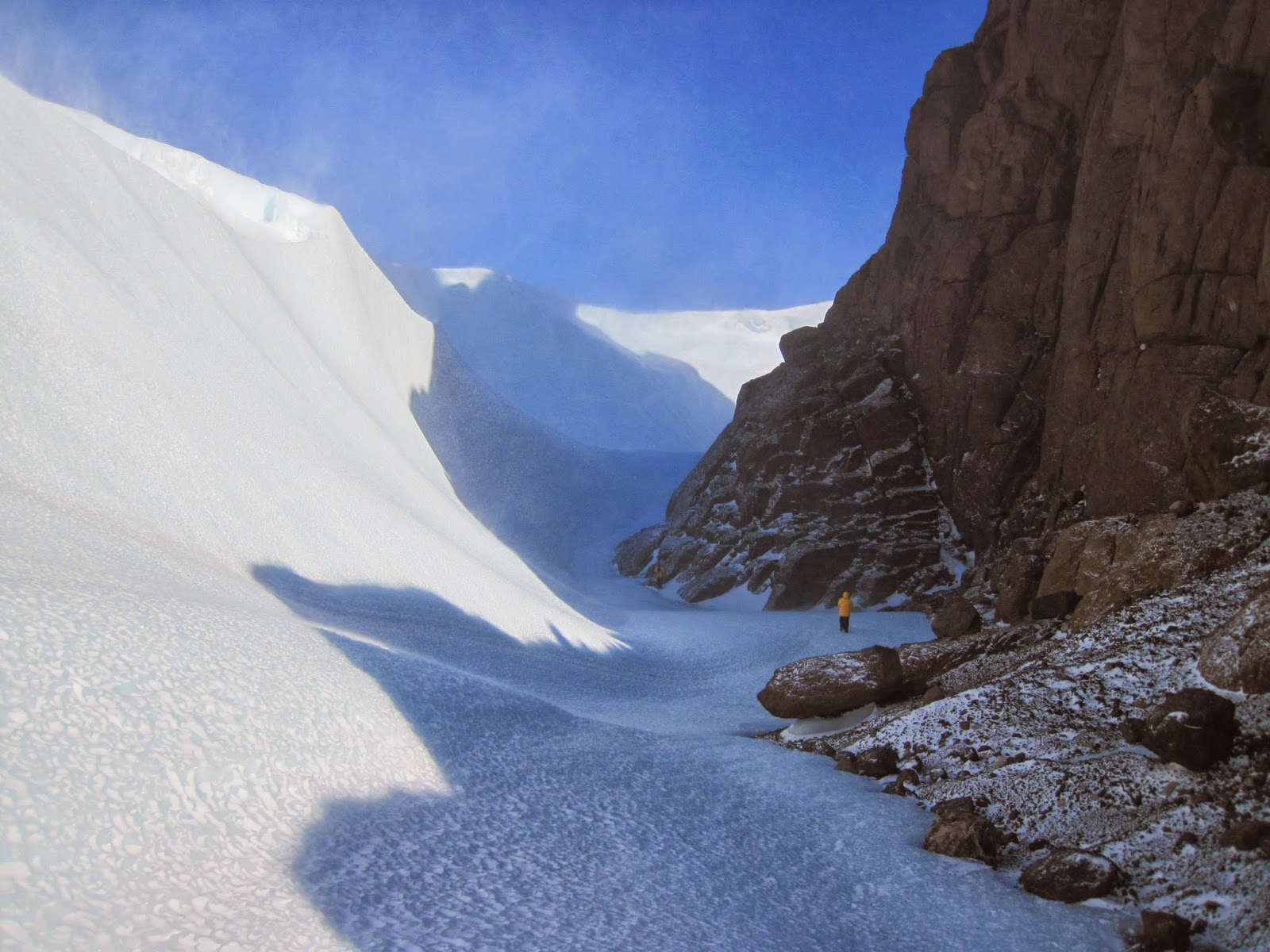 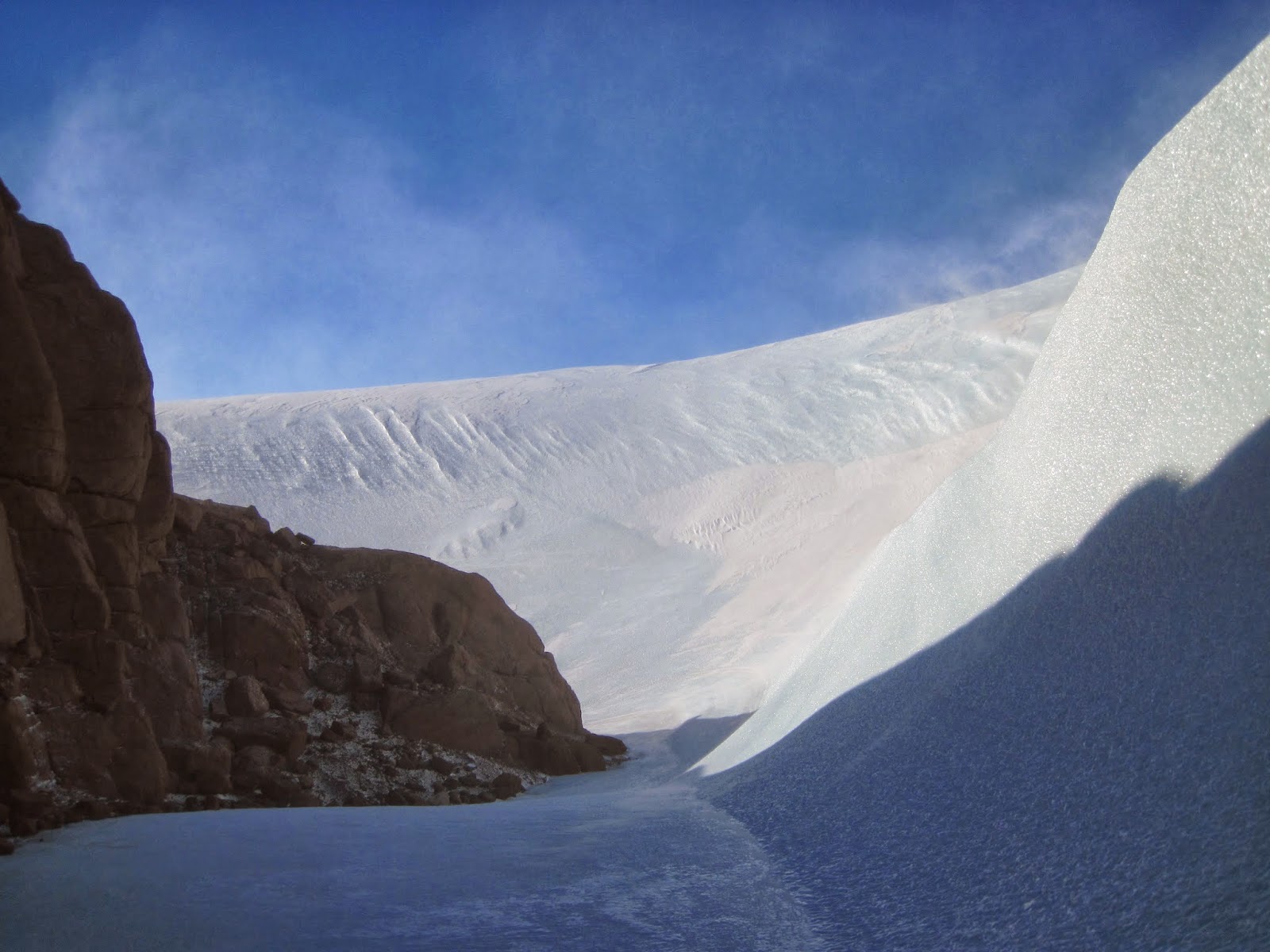 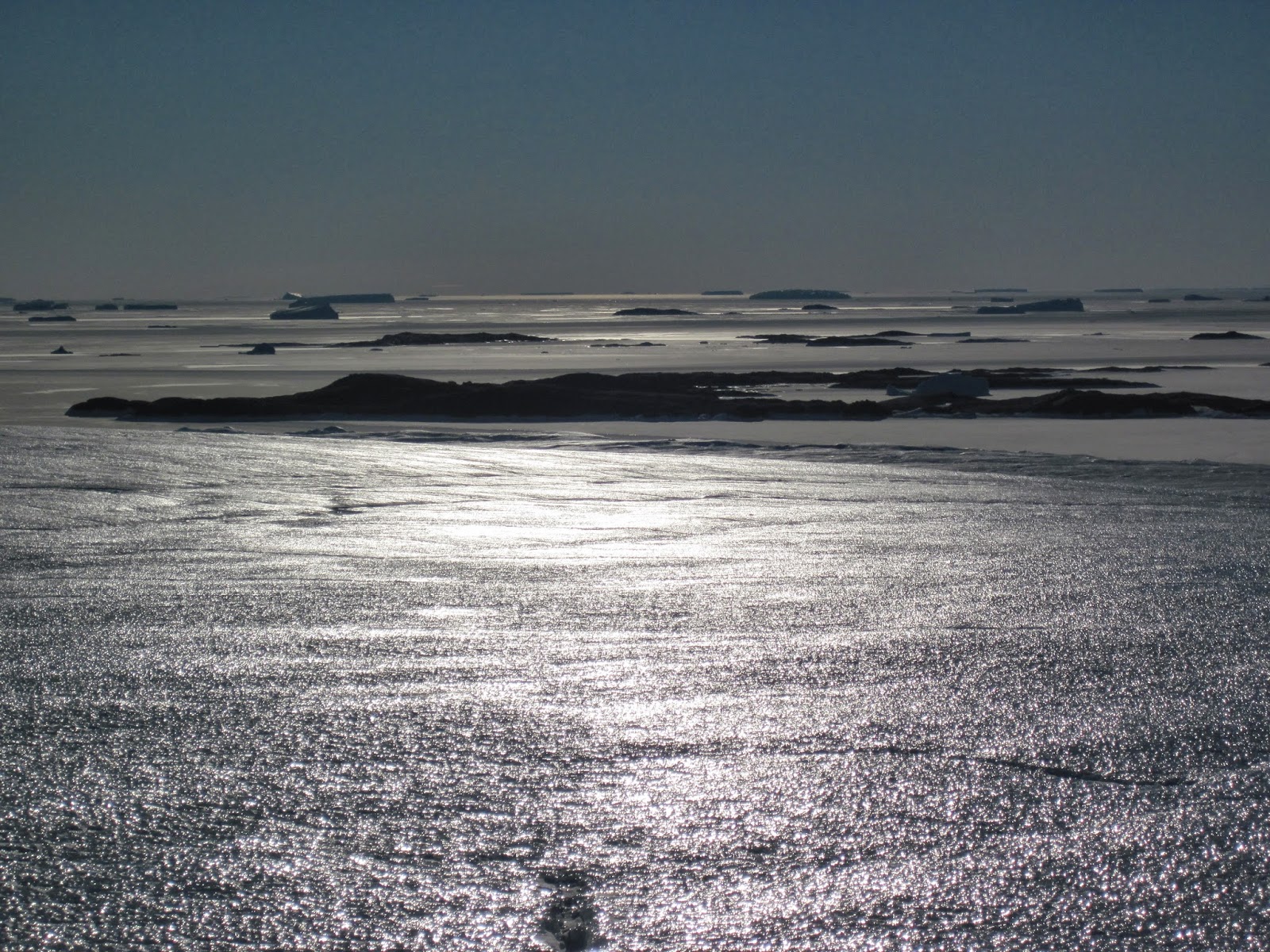 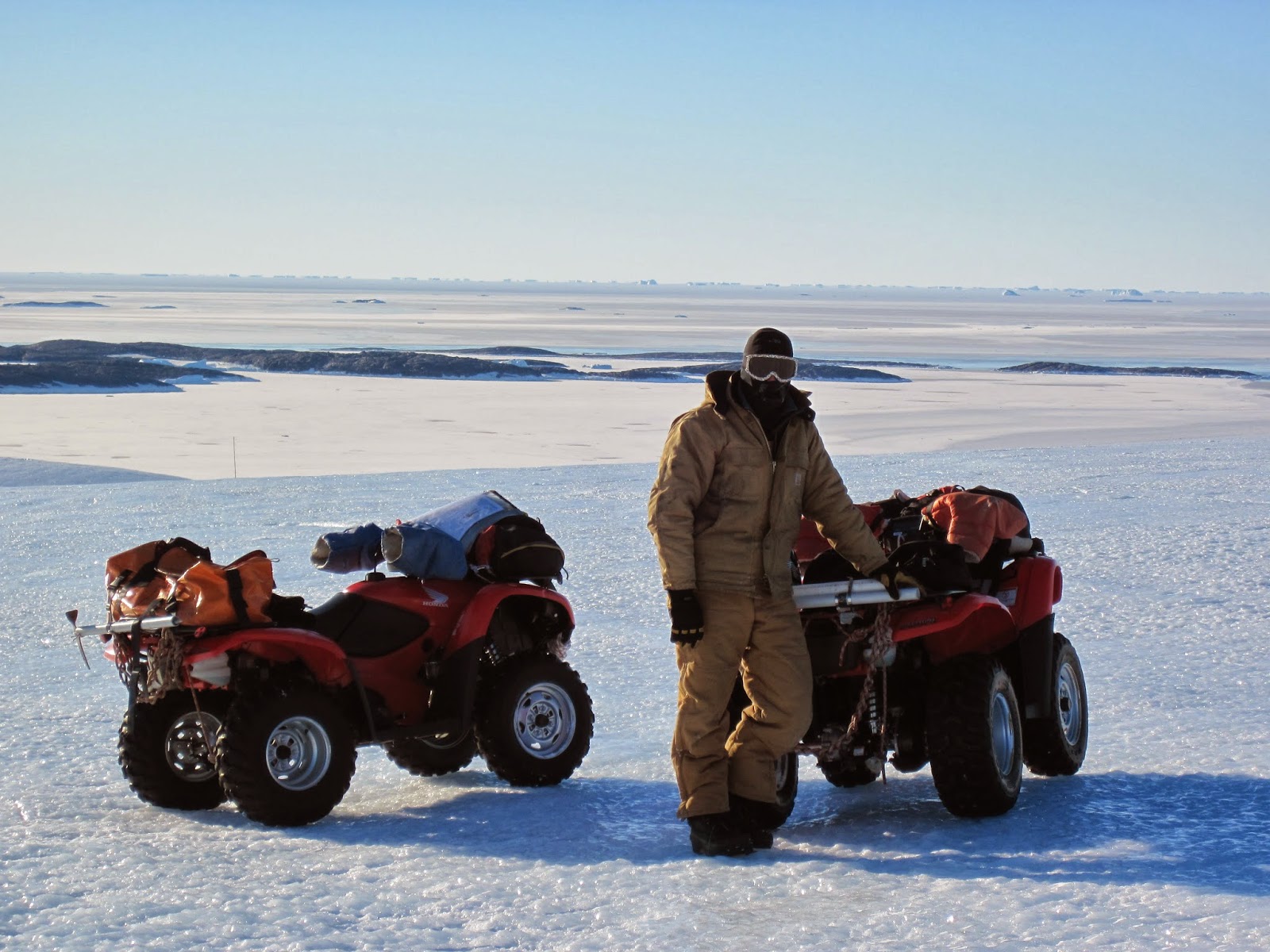 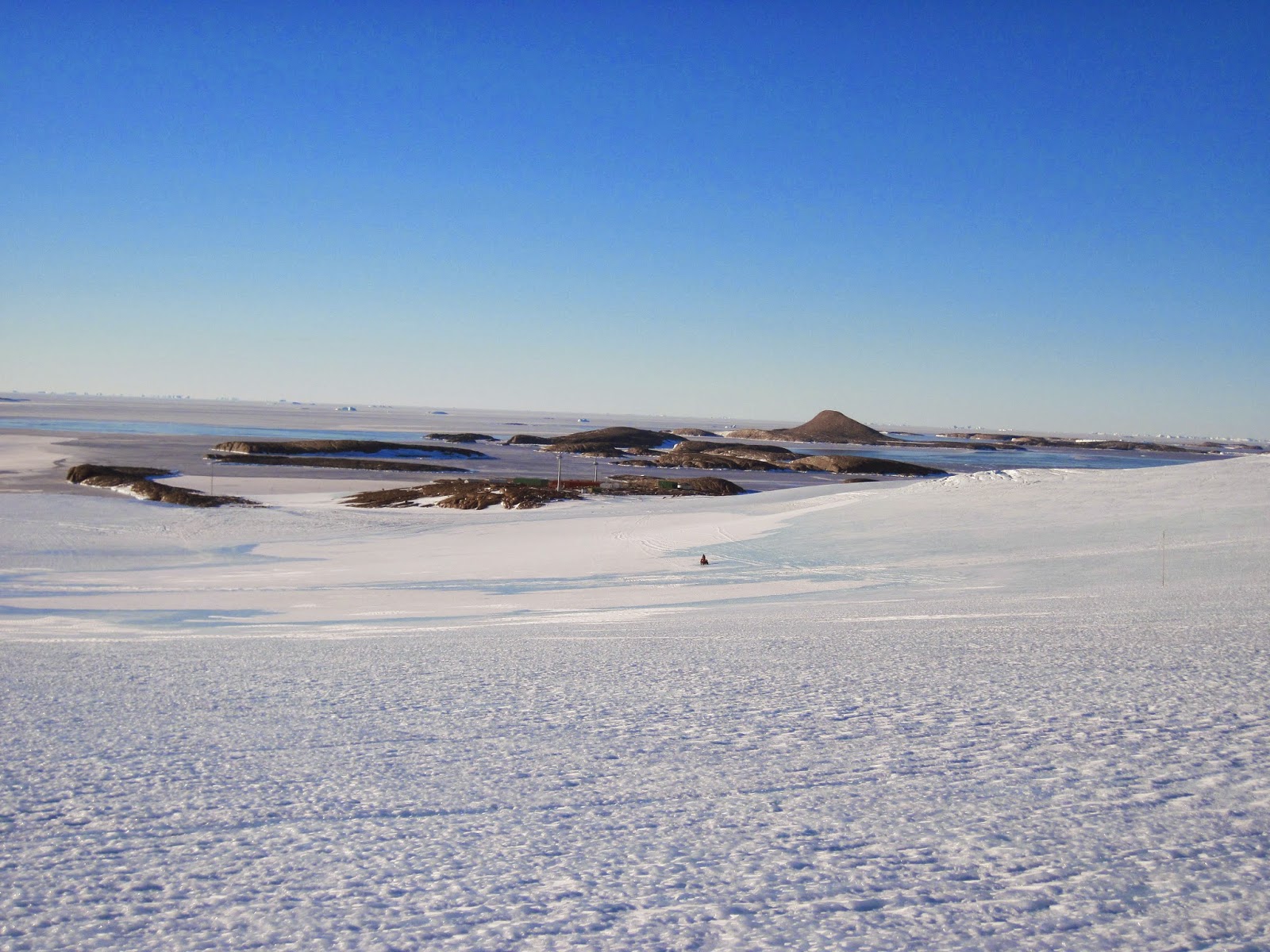 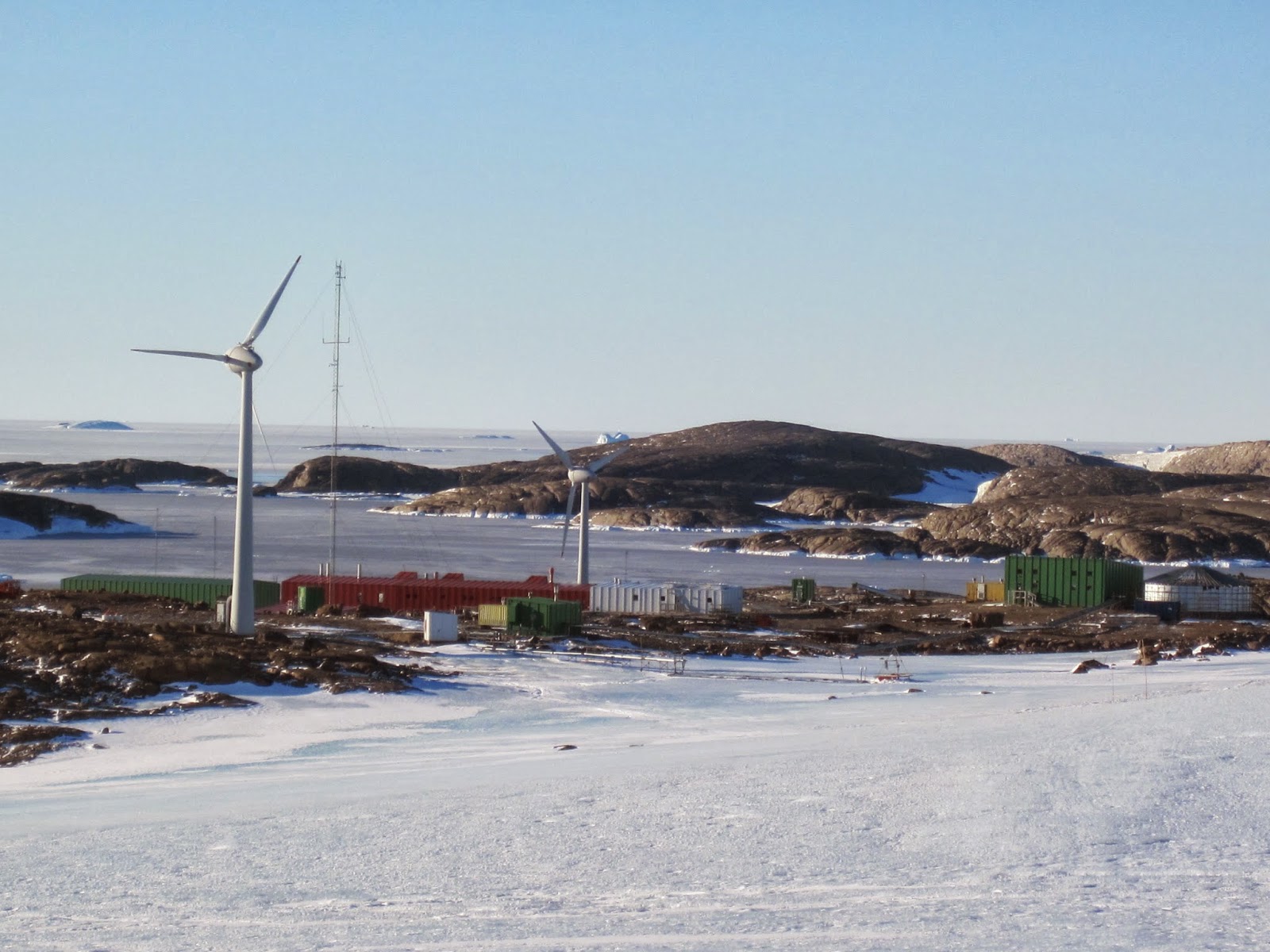