After lunch today we had fire training and this month’s topic was fire extinguishers. As it was blowing about forty to fifty knots, we decided to do the training inside the old aircraft hangar. It took quite a while to setup a couple of old fuel drums full of water and kerosene and unload all the fire extinguishers from the Hagg outside.

The plan was for everybody to take turns of putting out a fire with the three different types of fire extinguishers and also to have a go at using a fire blanket, but after about five goes using a dry powder fire extinguisher the hangar was completely full of choking smoke and dry powder and we had to evacuate before we all became casualties. It’s amazing after fifty years the hangar is still completely air tight and structurally sound. It was a bit of a laugh and a good distraction to the usual daily routine.

Later after the de brief I had to setup the video conference camera in the bar for another darts game with Davis station and this time Mawson won. After the game we kept the camera on and chatted to the Davis guy’s for several hours. It was Darron's birthday today. 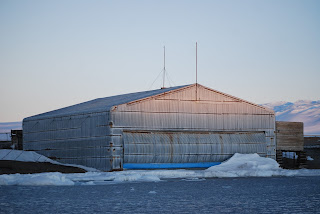 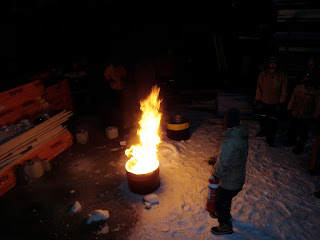 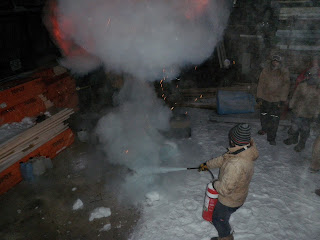 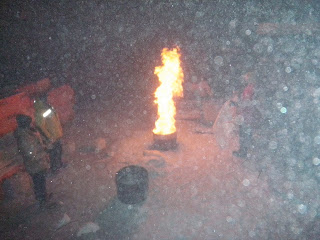 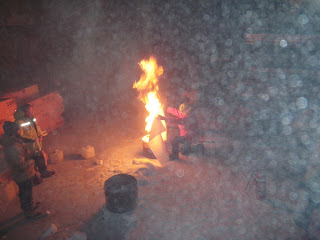 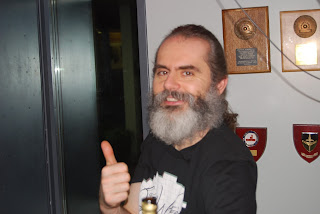 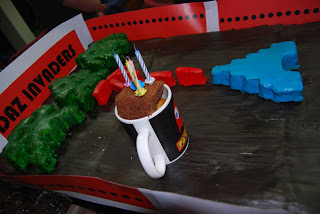 I see a pattern forming here? 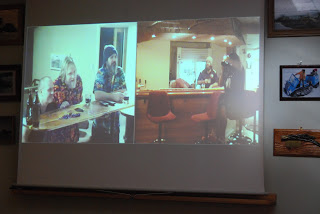 Video hook-up with Davis station
Posted by Craig Hayhow at 07:39