Today there was no wind, blue sky and -27c. I decided to make the most of it and moved the server, disk array and tape drive from the ANARESAT building to the operations building so we can back up the server from when it crashed several months ago. It was a big job but we had it done by lunch time.

There was still no wind after lunch but it was getting colder at about -29c and I decided to replace the web camera on the roof of the operations building. It was a bloody cold job but I managed to get it done without too much fuss except for my hands going off trying to get all the screws back in. At those temperatures cables get so brittle they just snap and the vinyl jackets crumble in your fingers.

Over the radio we heard Keldyn and Justin couldn’t get their quad bikes started this morning and spent 6 hours trying to get them to go so they missed out on seeing the penguins today and had to come strait back to the station freezing cold. They should have left before the Hagglunds as at any thing under -20c cold quads become very hard to start. This was a good lesson for everybody.

After work I stayed back and worked on my ice axe. It's coming along really well and it's now ready to weld the two parts together. 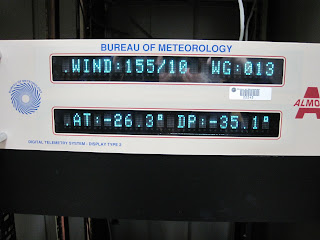 The temperature is dropping 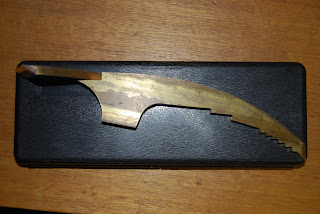 Progress on my ice axe
Posted by Craig Hayhow at 10:00