It was a basted of a job that took me all day to complete. At one stage two blokes came in and were going to give me CPR as they thought I'd passed out from drinking too much as all they could see were my legs sticking out from under a table. I'm not one to give up and eventually I finished around six o'clock and then I had to vacuum and clean up as Thursday night is the foreign movie night and the bar will be full later on. All I can say is thank god that's done. It looks bloody good though as the previous crew had left wires dangling all over the place and I now know why.

Tonight's foreign movie was Nuovo Cinema Paradiso (Cinema Paradiso 1988) which was a great movie. Unlike Hollywood movies, European movies rely on touching human emotions rather than over loading the sensors with action, violence and unbelievable heroic bull shit. I'm not saying Hollywood movies are no good, just don't write off an SBS foreign movie because it has subtitles as you might be surprised what you're missing out on.

Bugger me, after the movie we were playing some video clips on the bar projector and the sound was coming through in mono, so that means I will have to take a look again tomorrow and sort it out.....Doh !! 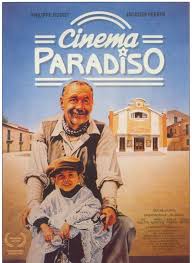 A famous film director remembers his childhood at the Cinema Paradiso where Alfredo, the projectionist, first brought about his love of films. He returns home to his Sicilian village for the first time after almost 30 years and is reminded of his first love, Elena, who disappeared from his life before he left for Rome.

The movie won the Palme D'Or and Academy Award for Best Foreign Movie plus many other awards. It goes for 167 minutes. 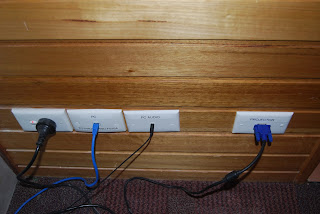 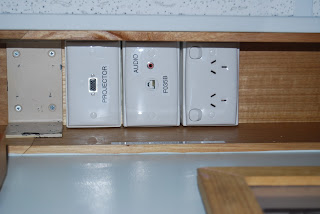 Hidden out of sight 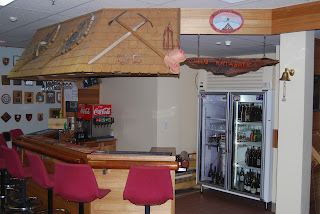 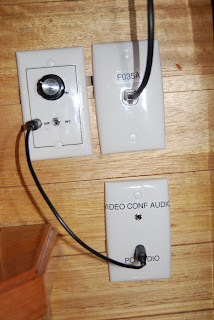 No more dangling cables from the ceiling
Posted by Craig Hayhow at 11:48