The plumbers were cleaning out the grease pit this morning and the mess smelt putrid so I had to have breakfast and coffee in my room. It was a perfect day with no wind again so I tried to organise a Hagg trip out to Welsh Island & Bechervaise Island but no one wanted to go, so instead I went for a walk in minus twenty four on my own for a couple of hours taking some nice photos. I went back to a place near the station where there was a large ice fall from the plateau several week ago which smashed up some of the sea ice and rolled over some ice bergs exposing their underside. At the time I was surprised to see many sea worms attached to what would have been the underside of the berg, now frozen solid. They were mostly about 25mm in length, tan in colour and with around 40 legs on both sides and you can clearly see their four eyes on their head. I wanted to get some samples to later photograph and identify.

I sent the photos to a biologist in head office I know and they were identified as nephtyid polychaete. They are predatory worms that roam the seabed preying on other small invertebrates. They are quite large for a polychaete worm and fairly common, circum-antarctic. There are several species, but you need a microscope to tell them apart.

Later I made up another sixty meters of cable for my underwater camera making eighty meters in total. When there is more light and on a fine day I plan on drilling a hole through the nearly two metre sea ice and lowering the camera to the sea bed to film the sea life below to make a time laps movie.

On the way back to the red shed I stopped in at the green store and had a relaxing spa for an hour while reading my book. I heated up a bowl of soup for dinner and latter worked on my blog all night that I have let go for several weeks. 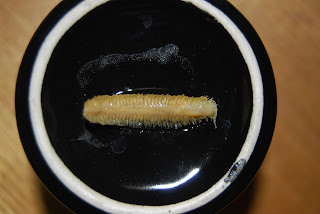 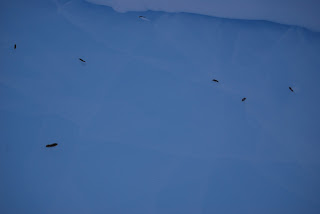 Nephtyid polychaete﻿ stuck to the underside of an overturned ice berg 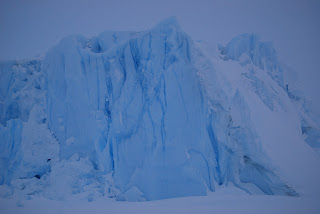 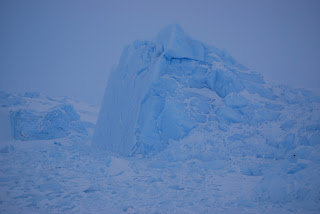 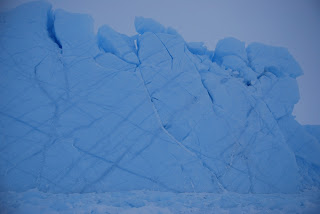 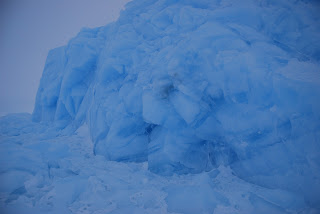 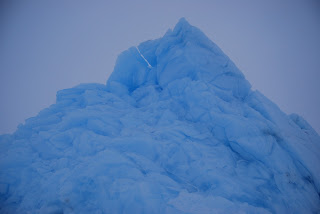 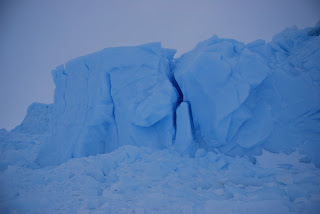 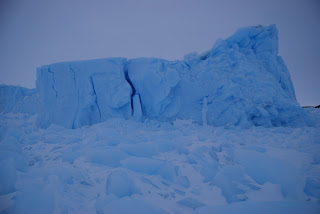 Ice fall in West bay
Posted by Craig Hayhow at 08:09