We rolled out of  Macey around nine thirty headed for Auster rookery. Once again the track wasn't too bad as we followed yesterdays Hag tracks as the snow was very deep. The sky started out nice and blue but soon the clouds crept in and it got very overcast. It didn't take very long to get there and like yesterday we passed many Weddell seals with young pups along the way laying around the numerous tide cracks.

The rookery had completely changed from last visit again, as they move when the area gets too messy. This time they were in two big groups, the one that we stopped by and another one way out in the distance. I walked about three hundred meter from the quads and moved in close and just lied down. In no time I was surrounded by about twenty curious Adult Emperor penguins.

The chicks were enormous and their wings were now as long as their entire body looking out of proportion. It was about minus three degrees and most of the chicks looked dead or dying laying on their backs or stomachs contorted with wings in the air, but they were just hot and trying to cool off. Their down must be so efficient keeping them warm and I was pretty hot myself.

It was great to just lay there and watch all the action. Their mannerism and antics are really amusing. The adults were hot too and all the birds were eating snow and trying to stay cool. After a while an inquisitive chick walked out of the crèche and came right up to me. It stayed with me the whole time and the adults had to keep it from touching me. It was great to watch it rolling in the snow and eating snow to stay cool. Maybe it recognized me?

After spending a few magic hours with the Emperor's for probably the last time, I walked up to where their tide crack used to be. I had closed up but there was another one open nearby that had a heap of seals around it with their hungry crying pups. They make a sound like a human baby trying to get a feed all the time. A couple of seals came in and out of the water while many Emperor's looked on.

Finally it was time to move on, so I headed back to the quads where the other guys were waiting with a group of Emperor's surrounding the bikes. We headed further east through the bergs to an interesting berg Darron wanted to get to for a close look. We had to negotiate deep snow and the other three blokes kept getting bogged requiring digging and pushing to get them out. After a while I got sick of this and rode ahead to blase a trail all the way to the berg and all the others just followed. Darron was the trip leader and I was responsible for riding in the rear to look after the two summerers. Anyway we got there quickly and it was a very interesting berg. It had a lot of moraine on top that was eroding it fast causing a huge pillar to be formed. It was quite interesting and we stayed a while to explore and take photos before heading off back to the coast.

On the ride back Darron lost the Hag track and the wind came up and the three of them kept getting bogged to the axles. I spent the next three hours constantly stopping to dig and push them out. One guy couldn't ride for quids and it was so frustrating, I must have pulled him out eighty times while I got bogged three times. On the way back we stopped at a striped berg to have a closer look and take some photos. By the time I got home I was exhausted and had a bad head ache but even so it was a great trip and so good to get off station after such a long time. 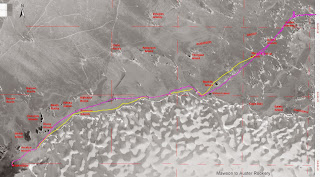 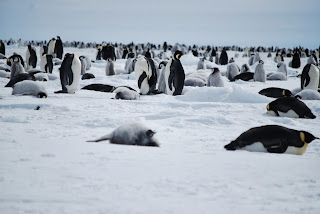 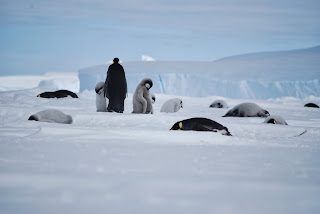 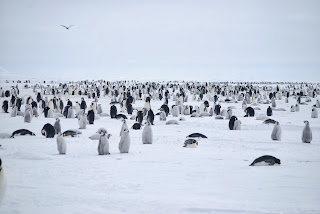 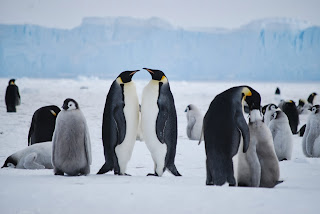 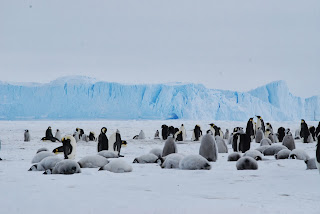 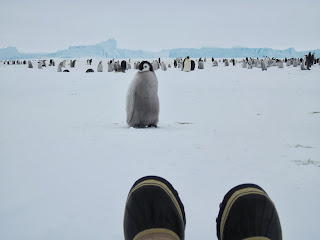 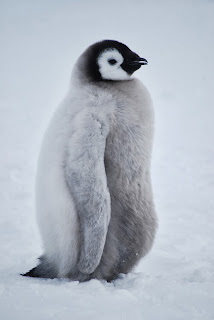 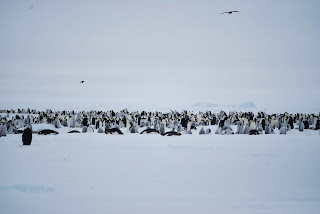 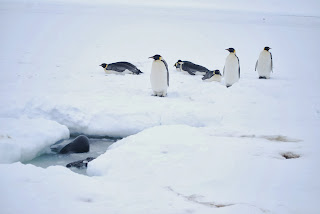 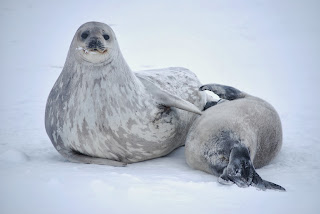 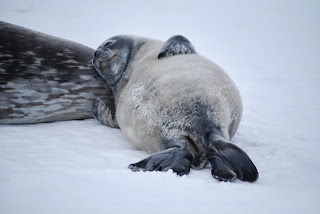 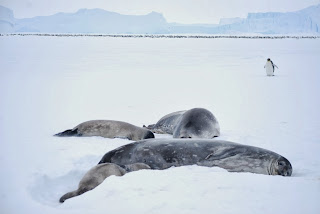 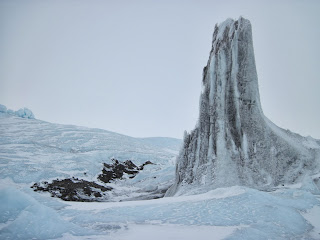 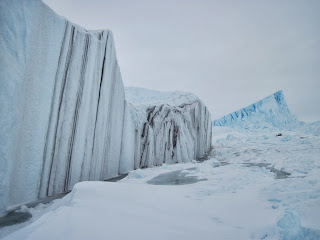 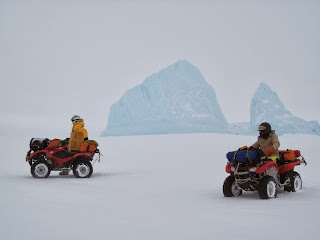