This morning Richard and I went to move the BGAN backup satellite transceiver from the red shed ray dome to inside the transmitter building and discovered the vibrations caused by the wind had shaken the antenna to below the horizon, so it’s got me buggered how it was still working reflecting off the sea ice and ocean? We moved the whole lot including the boxer PC and as soon as we had it setup and aligned the RSL was flat as tack, so finally we have it completely sorted.

After the BGAN installation, I did some work on the land based tide gauge and on the walk back to the operations building I picked up about fifteen bullet casings including 303, 45 and 22 calibre from where all the snow had melted.

After work I had a moon bounce (EME) sked with Geert ON4GG in Belgium which only took about ten minutes, then Johan ON4IQ also in Belgium jumped in and he also only took about ten minutes to complete and finally Tuomas OH6MIK in Finland had a go and we completed in about forty minutes. Three EME contacts within an hour is unbelievable. After this I also had a successful CW (Morse code) sked with Per SM4TU in Sweden. 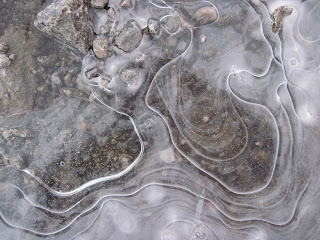 Frozen puddles on the walk back to the red shed 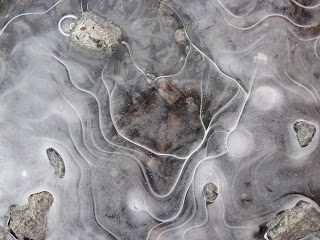